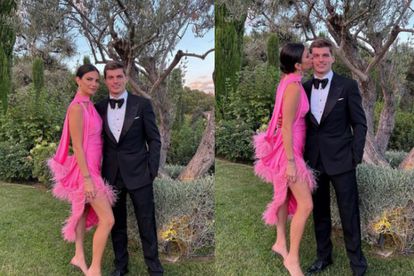 Belgian-Dutch motorsports racing driver Max Verstappen is confirmed as a double world champion by F1 after taking a dominant Japanese Grand Prix victory – Here’s what we know about the racer’s girlfriend Kelly Piquet.

Kelly Piquet started dating Max Verstappen in 2020. This was one year before he won the F1 World Championship.

2. KELLY WAS BORN IN GERMANY

The 33-year-old was born on 7 December 1988 in Homburg, Germany. Kelly has travelled from place to place and spent some time in France.

According to The Sun, the 33-year-old spent 12 months studying in England. She then headed back to Brazil and thereafter went to college in New York – graduating in International Relations.

Kelly is also a model columnist, blogger and public relations professional. She spent time with Marie Claire and Vogue magazines. The model later took over as part of the social media team for Formula E.

Kelly confirmed that she was dating Russian motorsports racing driver Daniil Kvyat in January 2017, according to the publication. In 2019, the blogger had a daughter with Kvyat named Penelope.

“Exactly 3 years ago, right before midnight, you came into my life and rocked my world forever. You are the most special human being I know and you teach me every day. I will forever be your biggest supporter.
I love you my sweet P,” she wrote on Instagram.

5. KELLY COMES FROM A FAMILY OF ‘RACING ROYALTY’

The Brazilian model comes from a family of “racing royalty”. Her father is F1 legend Nelson Piquet Sr, who has been dubbed one of the greatest to ever grace the sport. Piquet Sr, won three world championships – 1981, 1983 and 1987 – driving for Brabham, Williams, Lotus and Benetton.