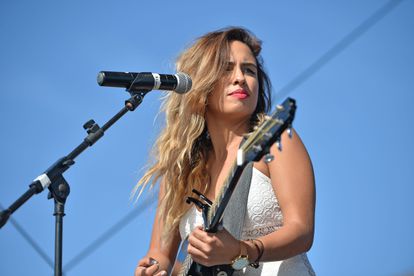 There was shock and an outpouring of grief at the news that BlackByrd singer Tamsyn Maker had died. Photo: Roger Sedres/Gallo Images

There was shock and an outpouring of grief at the news that BlackByrd singer Tamsyn Maker had died. Photo: Roger Sedres/Gallo Images

There was shock on Tuesday at the news that BlackByrd singer Tamsyn Maker had died.

Maker, along with Tarryn Lamb and Axene Prinsloo, were the founding members of the South Africa pop group in 2012.

The band formed after Lamb posted an advert on Gumtree looking for other musicians to start an all-girl group.

Within a couple of months, they were signed by EMI and released their debut album, Strong.

Maker and Lamb are cousins, but weren’t aware they were related and only met after Lamb invited her to audition to be part of ‘La Vuvuzela’ – the previous name of the band.

BlackByrd’s sound is firmly rooted in pop-country with ballads about love and heartbreak.

BlackByrd have performed as opening acts for a number of international artists, including Mike + The Mechancis and Jamiroquai.

Well-known South African singer Emo Adams wrote on Twitter that Maker would be missed, adding that there have been too many deaths without any warning signs.

The South African website extends its deepest condolences to the family and friends of Tamsyn Maker.