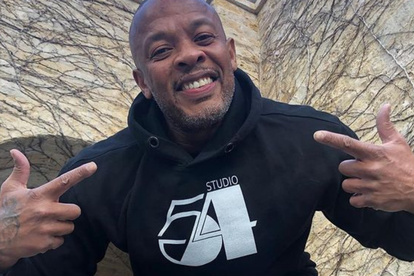 American rapper and world-renowned music producer Andre Young aka Dr Dre is trending on South African Twitter streets. The Money Trees rapper is the talk of the town because his eldest daughter LaTanya Young has revealed that she is living out of a car while her four children are being cared for by friends.

Dr Dre has been trending on Twitter after LaTanya recently made a shocking revelation about her father. According to the 38-year-old, she is living out of a rental car, which she was only able to rent for one week at about R11 000.

In a candid interview with Daily Mail, LaTanya revealed that her four children were staying with friends while she struggles to make ends meet. She also shares that she currently works as a delivery driver for DoorDash and Uber Eats, as well as an assembler at a warehouse.

According to Young, she first tried to find work in Nevada but was unsuccessful and decided to move to California.

“The wage is higher in California — there was no work in Nevada,” she added. “There weren’t enough jobs. I have friends and family that will let us come back and forth, but the majority of the time I’m living out of my car.”

No help from daddy Dre

Daily Mail reports that Young has reached out to her dad to no avail. She has reportedly not seen him in 18 years and only communicates with him via his team. She also last received help in the form of money over a year ago.

A Newsweek article also reports that Dr Dre’s lawyer had told her that she would not receive any financial help from her father because she had spoken to the press about him.

The story has received widespread attention and many Twitter users have headed to social media to discuss how Dr Dre who is worth around $820 million (about R11 billion) can allow his daughter to struggle on the streets. Read a few of their thoughts about it below:

“Dr Dre’s daughter is 38 years old with 4 kids, living out of her car. You can argue that she’s grown and blame her for her own misfortune, but there’s no way I’m a billionaire and my child is homeless or starving. Idc how old they are.”

“Dre has never led y’all to believe that he is a good person or someone who cares what anyone thinks. Let it go, he is going to mind his own business and stay rich. Y’all forgot about Dre”