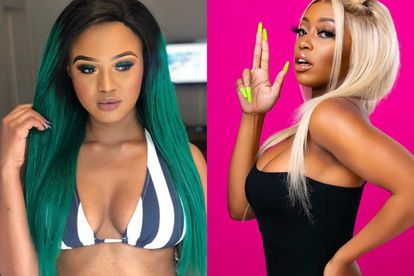 Following the praise South African dancer Kamo Mphela received for her performance in the United Kingdom, Tweeps thought this was the life “Gqom Queen” Babes Wodumo could have been living if it weren’t for her musician husband Mampintsha.

KAMO MPHELA’S PERFORMANCE IN THE UK

Kamo Mphela has been the talk of the Twitter streets since her energetic performance in London, which was posted to her Instagram account on Sunday 5 September.

The video received more than 213 000 views on Instagram with social media star Lasizwe, influencer Moozlie and DJ Zinhle taking to the comments section of the post to show the dancer some love.

While Tweeps were in awe of Kamo Mphela’s performance, they couldn’t help but compare the dancer to South Africa’s very own Gqom Queen, Babes Wodumo who they believe also has the potential to perform at international events. Tweeps even went as far as to say that this is the life they wanted for the Wololo hitmaker.

‘A MAN RUINED IT FOR HER’

Although many Tweeps made it clear that it is not necessary to celebrate one women by bringing down another, some Tweeps thought that the reason Babes Wodumo is not performing on an international stage is because of her husband and father-of-her-child, Mampintsha who “ruined it for her”.

Babes Wodumo and Mampintsha have been together for 10 years and although there has been many ups and downs, such as allegations of abuse, the pair got married in April this year and welcomed their son in June.

While some argued that Babes Wodumo is not doing too badly here in South Africa, others thought that she could do better if she tapped into the international market.

International moves in the past

Babes Wodumo has made international moves before. She featured on the song Redemption alongside Kendrick Lamar for the Black Panther album. Controversial poet Ntsiki Mazwai even jumped in to defend Babes, which is uncommon as Ntsiki likes to nitpick at celebrities.