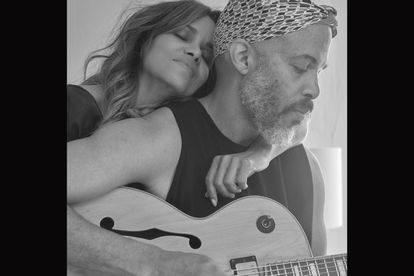 American actress Halle Berry was serenaded by her boyfriend, American singer Van Hunt, on the morning of her 14 August birthday.

In a video posted to her Instagram, Halle Berry is seen poking her head outside of a car window while filming herself as the wind runs through her hair. In the caption of the video she thanks her boyfriend, Van Hunt serenading her.

“After the year we’ve all had, my heart is full as I’m grateful to see this August 14th. In the midst of the storm, I’ve managed to create happiness, find more peace, and feel more free than ever! Finally, I’m exhaling!,” wrote Halle Berry on Instagram.

ALSO READ: Who is Van Hunt? Get to know Halle Berry’s new boyfriend

The couple went “Instagram official” in September 2020 when Halle Berry posted a picture of herself with a T-shirt that has “Van Hunt” written on it.

The actress used the foot emoji in the caption because she previously posted a picture of herself and the singer playing “footsie”. This was her way of letting her seven million followers know that it was in fact, Van Hunt’s foot. The “footsie” picture was posted around the time of Berry’s birthday last year. Looks like the couple have been together for a year already.

Since then the singer has accompanied Berry to the 2021 Academy Awards. In an interview with ET, Van Hunt said that the Catwoman star has inspired a substantial amount of his latest work. He added that she is his muse in everything he does.

“In more ways than I can even tell you right now,” answered Van Hunt in response to whether Halle Berry influenced his music.

Van Hunt went on to mention that Halle Berry is also an inspiration to his parenting. Halle Berry is a mom to 13-year-old Nahla Ariela Aubry with Canadian model Gabriel Aubry and seven-year-old Maceo Robert Martinez with French film actor Olivier Martinez. While Van Hunt is a father to 17-year-old Drake from a previous relationship.

“I could show you rather than I could tell you, and I will show you really soon, I promise. …The inspiration for our relationship goes across everything, even in my parenting. I’m a completely different person, I can say it like that, and I think that it’s improved every aspect of my life,” he continued.