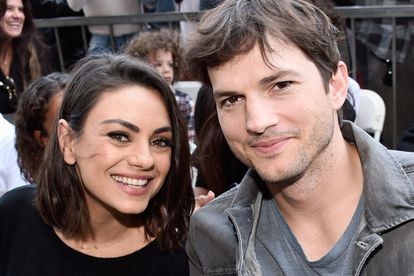 US actor Ashton Kutcher and his wife Ukrainian- born Mila Kunis have vowed to do their bit to help Ukrainian refugees as Russia continues to wage a war against the country. The Two and a Half Men star took to Instagram where he shared a video taken with Mila as they discuss the “devastating” war and how they are raising funds through a GoFundMe fundraiser campaign.

Ashton Kutcher and his wife Mila Kunis have started a crowdfunding campaign and hope to raise $30,000,000 to help provide ‘immediate’ humanitarian aid to Ukrainian refugees as the Russian invasion continues to wreak havoc in the country.

Taking to Instagram on Thursday 3 March, Kutcher, and Kunis shared that the money raised would go directly to freight transporter Flexport.org and accommodation rental company Airbnb.org, which are “two organizations who are actively on the ground providing immediate help to those who need it most.”

Speaking in the video, Kunis – who was born in Chernivtsi, Ukraine – said she has always thought of herself as an American but has never been more proud of being Ukrainian.

“A proud American. I love everything this country has done for me and my family. But, today, I have never been more proud to be a Ukrainian.”

Kutcher, ever supportive, added that he was “proud” to be married to a Ukrainian.

Kunis then went on to say that the events that are currently unfolding in the country are “devastating” adding that there is no place in the world for this “kind of unjust attack on humanity.”

More on the fundraising

The couple then went on to explain that the money raised will be going toward housing, supplies, and resources.

Mila encouraged people to visit the GoFundMe campaign and donate whatever they can afford at this time before concluding with: