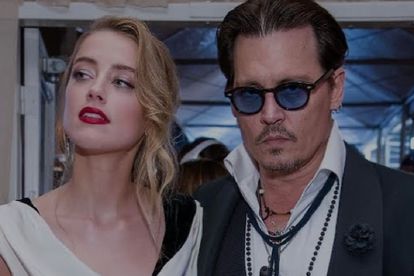 Amber Heard’s bid for a mistrial over an alleged juror mistake was rejected by the judge on Wednesday, 13 July. Image via @cosmoindia/Instagram

Amber Heard’s bid for a mistrial over an alleged juror mistake was rejected by the judge on Wednesday, 13 July. Image via @cosmoindia/Instagram

Hollywood actress Amber Heard has suffered a huge blow following her request for a re-trial against her ex-husband Johnny Depp.

On Wednesday 13 July, Judge Penney Azcarate, who presided over the six-week high-profile case in Virginia, ruled against Heard’s attempt to get the $10 million (R171 million) verdict against the Pirates of the Caribean actor set aside and a new trial ordered — USA Today reports.

AMBER HEARD’S BID FOR A MISTRIAL

Earlier this month, Heard filed a motion seeking to have Depp’s verdict declared a mistrial.

According to the Aquaman actress and her legal team, throughout the six-week-long trial, the wrong person showed up for jury duty but served as a jury member anyway.

In the documents filed Friday 8 July by Heard’s legal team, new details on the alleged incident were offered. They alleged that a 77-year-old man was randomly selected for jury duty, but instead, his 52-year-old son with the same last name and who lives at the same address came to the court and served as a juror throughout the trial.

However, Heard presented no evidence that the 52-year-old son, identified in court papers only as Juror 15, sought to replace his father purposefully.

Issuing a written order on Wednesday, Judge Penney Azcarate rejected all of Heard’s claims. She said the juror issue was irrelevant and that Heard cannot show she was prejudiced.

“The juror was vetted, sat for the entire jury, deliberated, and reached a verdict. The only evidence before this court is that this juror and all jurors followed their oaths, the court’s instructions, and orders. This court is bound by the competent decision of the jury,” the judge wrote.

In addition she said that Heard took too long to object.

“A party cannot wait until receiving an adverse verdict to object, for the first time, on an issue known since the beginning of the trial,” Azcarate continued.

“While Ms Heard slings an exceptional amount of mud at the wall in the hope that something might stick, the jury’s verdict on damages was perfectly reasonable and supported by the evidence and testimony in the case,” Chew wrote.

Handing down the verdict on 1 June, the jury found that Heard defamed Depp on all three counts and awarded him $10m (R160 million) in compensatory damages and $5m (R80 million) in punitive damages.