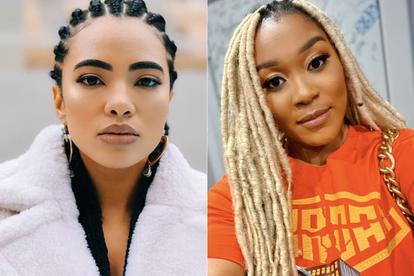 South Africans are still reeling over Amanda du Pont’s rape claims. On 2 December this year, Amanda shared a video of herself detailing abuse she suffered at the hands of media personality Jub Jub. Many people have since started taking sides on the matter with an overwhelming amount of them likening the situation to that of Lady Zamar and Sjava.

As the story around Amanda du Pont’s rape claims against Jub Jub unfolds, locals are continuing to share their thoughts and opinions on the matter.

Thousands of people have shared their support for the actress but not everyone thinks that her story makes sense. A lot of them have now taken to social media to compare Amanda to Lady Zamar who also accused Sjava of rape in 2017.

“Let me be clear: it’s a rape case. The rape is of 2017, September it took place in Limpopo. I won’t go into every little detail, but I will give you guys some insight,” Lady Zamar said during a 2020 interview with Drum.

In the same year, Lady Zamar’s case against Sjava was thrown out due to insufficient evidence. Despite this, Lady Zamar maintains that she was raped by Sjava who later apologised to her “for the pain he caused.”

He does however maintain his innocence to this day.

Here’s what tweeps are saying

South African Twitter users have seemingly been left divided by Amanda’s shocking revelations. Many men have come out to say that they feel victimised by women who can easily falsely accuse them of rape and abuse.

“I guess an ex that wants to mess up my life can just come out and say I raped her for 2 years. Regret sex or relationships cannot be classified as rape/abuse. I feel sorry for the current boyfriends/ husbands of these women.”

“When looking at this Amanda Du Pont and Jub Jub case. Women must 1 important thing 2. Sex you regret is not Rape. Don’t allow bitterness to lead you. This is a very destructive tendency were are seeing emerge. We can’t be seeing a repeat of Lady Zamar and Sjava cases.”

“The Sjava & Lady Zamar rape allegation has taught me a lot. Amanda needs to lay charges & prove her allegations against Jub Jub. Too many men have been falsely accused of rape in this country & have paid for it with their lives. Good luck to Amanda.”