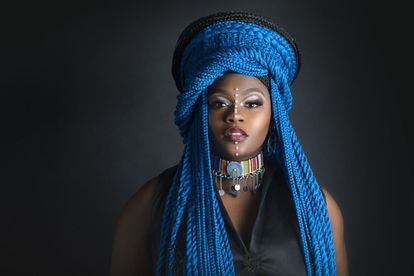 Amanda Black criticized President Cyril Ramaphosa on Twitter regarding his “ethnic mobilisation” comment during his presidential address on Sunday evening.

Ramaphosa mentioned the ongoing protests which was sparked by the incarceration of former president Jacob Zuma, after announcing an extension of alert level 4 lockdown which included some minor changes.

‘Violence based on ethnic mobilisation’

Towards the end of the address, the president took the opportunity to condemn protesters for their violent behaviour.

“It is a matter of concern to all South Africans that some of these acts of violence are based on ethnic mobilisation,” said Ramaphosa.

That statement angered the Amazulu songstress who went on to tweet: “South Africa is burning because of Zuma supporters not Zulu people!!!! What the f**k is ethnic criminality!!? Ethnic mobilisation? A whole president of a country?”

Black won’t be tuning in for family meetings again

Black went continued to slam President Ramaphosa by tweeting that she won’t be tuning in to watch his “family meetings” anymore and ended off by encouraging her followers to vote.

“I think tonight the president couldn’t even fake caring any more. That was the last time I watch an address. I get it. I’ve been getting it. But hope doesn’t kill. It just means you know you deserve better. We deserve better as a people. We matter OK?! Don’t forget to vote.”

‘Such disdain from a president’

After acknowledging the recent “sporadic and increasingly violent” protests and how quickly they’re escalating, the president pointed out that these protests are damaging efforts to rebuild the economy and that there’s no justification for such violence.

“Those who are involved in acts of violence will be arrested and prosecuted,”  warned Ramaphosa.

Black also tweeted about the president’s apparent lack of empathy by pointing out how South African citizens have suffered during the COVID-19 pandemic and subsequent lockdowns.