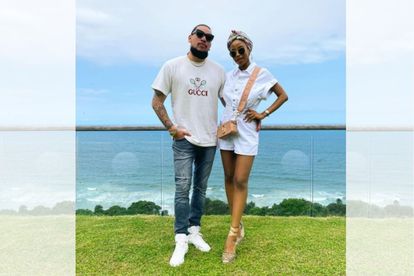 Rapper Kiernan Forbes, popularly known as AKA, has opened up about the death of his fiancée Anele “Nelli” Tembe, saying that her death has taken a toll on him “emotionally and psychologically”.

This comes amid ongoing investigations in which AKA’s fiancée fell to her death from the penthouse on the 10th floor of the five-star Pepperclub Hotel, in the CBD of Cape Town earlier this year.

Losing the love of his life

In a statement to TshisaLIVE on Thursday, 22 April 2021, AKA described the pain of losing the “love of his life”.

“Every day feels like a mountain to climb. I miss Anele, so much and I’m heartbroken at the unfulfilled life we had planned together.”

The couple got engaged in February 2021 and started lobola negotiations shortly before Nelli’s death.

“The tragic loss of Anele has taken a great toll on me emotionally and psychologically. Insinuations and innuendos made on my personhood have made it even more difficult to process, and the strain our families have taken is unspeakable. Which is why at this time I choose to retreat to honour my journey, praying that the moments of stillness may bring me closer to some clarity,” he explained.

The rapper also asked for privacy during this time of mourning. Meanwhile, he reportedly handed over his social media accounts to his management to run for the time being. Just before Nelli’s shock death, AKA shared various images and videos of their time spent together in Cape Town — from shopping to a night out.

“Please respect our privacy as we go through our grieving process, and please continue to keep our families in your prayers.”

He thanked his family, including his parents, friends and fans for their support over the last two weeks, saying the MEGACY’s love had brought him comfort.

Nelli Tembe’s dad calls out drug use, says AKA should ‘turn to the Lord’

Nelli’s father, Moses Tembe, wrote a letter which was read out loud at the 22-year-old’s memorial service on 16 April 2021, saying that she was not suicidal nor did she commit suicide.

The businessman also went on to slam alcohol and drug use among the youth of South Africa, reports The Sowetan.

“I cannot allow an unfortunate narrative to go unchallenged, a narrative that irks me to no end … that is ‘Anele was chronically suicidal’. All I can say is, until Anele turned 21, not a single member of her family, my family would have associated her with suicide.”

He said Anele’s wish was to fall in love and marry the man who would become the father of her children, adding that they differed on the direction she should take in her life but he stood by her. He was also happy when she introduced him to AKA and suggested they go for proper premarital counselling.

“I knew Kiernan loved my daughter but their companionship needed more than love. It had to be premised and embedded on a Godly foundation.”