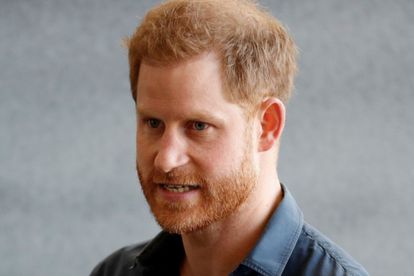 Prince Harry’s new job title is the Japanese slang for penis. The 36-year-old royal has been named Chief Impact Officer – or CHIMPO – at an American start-up company, BetterUp Inc., which offers online coaching to companies and individuals to support mental health and wellness, but the new name has caused a few laughs over in Japan. There, the acronym translates into slang used to describe a part of the male anatomy.

One Twitter user wrote: “I read the #PrinceHarry is now a ‘chimpo’ (chief impact officer). My Japanese friends are having a good giggle about this since chimpo describes a certain part if the male anatomy in Japanese. Oops. Perhaps he might want to ditch that title… #RoyalFamily (sic)”

The name also garnered laughs from a number of locals.

According to Japanese news site Sora News 24, one person wrote online: “Imagine if he came to Japan and introduced himself as a ‘chimpo’ to officials? I’d love to see their faces!”

A ‘MEANINGFUL AND MEATY’ ROLE

As part of the new role, Prince Harry hopes to “create impact in people’s lives”.

Prince Harry has been using the coaching services there too.

He added: “I was matched with my coach who, quite frankly, is truly awesome and has always given me sound advice and a fresh perspective, which is so valuable.

“This is about acknowledging that it isn’t so much what is wrong with us, but more about what has happened to us over the course of life,” Harry said. Often because of societal barriers, financial difficulty, or stigma, too many people aren’t able to focus on their mental health until they’re forced to. I want us to move away from the idea that you have to feel broken before reaching out for help.”

BetterUp CEO Alexi Robichaux insisted Harry’s role was a “meaningful and meaty” one.