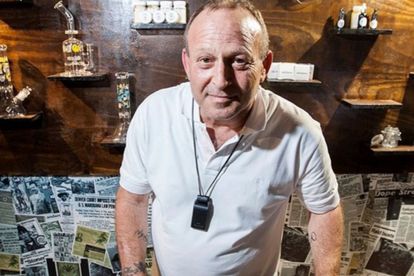 Cannibisters in Sea Point, Cape Town, is the city’s newest members-only cannabis club. It is the brainchild of entrepreneur Pierre Sarembock and promotes responsible cannabis use.

Sarembock, who waited for the legalisation of certain acts related to cannabis to open the club, mentioned that prioritising kosher and halal edible products was “key” for him.

ALSO READ: Marijuana in SA – What’s legal and what’s not?

According to Business Insider, Pierre Sarembock was introduced to cannabis as a 19-year-old in New York. He left South Africa for the Big Apple and began selling it to pay for his studies. A year later while in Amsterdam, Netherlands he had a dream of owning a cannabis club.

“My mother said ‘go to The Bulldog’ [in Amsterdam] and I found it the most disgusting experience I could imagine.”

“I felt like I was scoring dope like I used to score dope. You’re buying weed in a bar that serves alcohol, I found that concept weird [and] it was a complete turnoff.”

Pierre Sarembock opened Cannibisters on 31 December 2021. Members pay R100 a month for access to the club. The products available are not sold, they are shared or exchanged.

“The law says that you may not sell, but the law says you may be a member and with that membership, you enjoy the benefits of the club. So you’re basically making a contribution to the other members where we are sharing. It’s never a sale,” he explained.

The cannabis club has over 200 members and an in-house Chinese doctor who has practiced for 24 years.

ALSO READ: Roll it up! Five marijuana doccies to watch on Netflix

Cannibisters has kosher and halal edible products. Owner Pierre Sarembock says that was one of his “key things”.

“I’m in Sea Point. I’m Jewish. I rent from the synagogue, which gave me the blessing to open up the shop. To me, that was one of the biggest things, that I’ve been blessed by my community to open up and that this community needed a health and wellbeing centre, where people could use alternate medicine.”

Cannibisters will officially launch on Friday 28 January at 18:30.