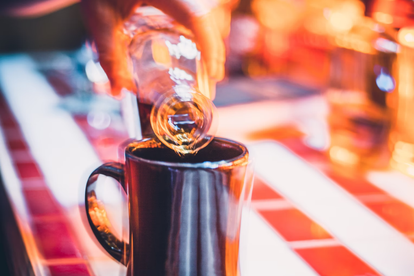 This burglar got to drunk to escape after breaking into a bar. Image via Unsplash

This burglar got to drunk to escape after breaking into a bar. Image via Unsplash

A really foolish burglar is facing 12 months in prison after he broke into a bar and decided to get really wasted. According to reports, the thief broke into the place, moved two tills, and then decided to help himself to some of the booze by the bar. He then passed out on a couch and was found in the morning.

Believe it or not, most criminals are not actually masterminds. In fact, many of them have so little sense that one can actually laugh at the things they get up to. Samuel Mulligan is one of those dumb ones.

The 31-year-old broke into Las Iguanas in Cardiff on 7 December and moved two of the tills. He then decided to drink some of the many spirits at the bar.

ALSO READ: Watch: Berea burglar busted after locking himself inside a store

He must regret making this decision after he passed out and was caught by the quick-thinking supervisor the next morning.

“The supervisor opened the restaurant at 8am. She noticed there were two tills open and the defendant was lying face down on a settee.”

Daily Mail reports that the supervisor then locked him in and called the police who shortly arrested the hungover thief.

He has since been sentenced to one year behind bars after CCTV footage showed him entering the bar in the morning hour and taking the tills.

Samuel also admitted to going on a stealing spree the week before at various other outlets before he was caught sleeping. He now has to pay a £156 victim services surcharge.