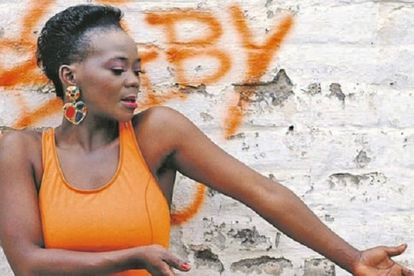 Legendary South African pop star Brenda Fassie is set to be immortalised in the form of a feature film based on her life.

The late singer’s son Bongani Fassie confirmed that a biopic is on the pipeline and it will follow her journey from Langa, Cape Town to Soweto where she rose to super stardom.

The movie will be produced by UK-based film company Showbizbee and will likely feature an all-South African cast.

This news inspired great online banter with Twitter users pitting forward names of who they think is best suited for the role.Favourites were veteran actresses Breanda Ngxoli and Manaka Ranaka as well as relative newcomers Soso Rungqu and Zandile Madliwa.

The iconic singer shot to superstardom with the 1983 smash hit Weekend Special as part of pop band Brenda and the Big Dudes. She followed that up with a string of successful solo albums such as Too Late For Mama and Black President, released in 1989 and 1990 respectively.

She continued releasing albums throughout the 90s although her star seemed to be fading as she was marred by reports of heavy drug use.

Her career experienced a resurrection with the release of her record-breaking Memeza released in 1997. It featured one of her biggest hits Vulindlela, a wedding song that has been covered by numerous artists including popular Afrikaans singer Dozi.

Brenda enjoyed consistent success thereafter until 2004 when she collapsed in her home after a cocaine overdose and was admitted to hospital where she slipped into a comma.

She died at the age of 39 on 9 May 2004 when her life support machines were switched off at the request of her family as she had suffered severe brain damage.

Auditions for the movie will be open for all South Africans and, while it is not yet clear when filming will begin, it is scheduled to hit cinemas in 2019.