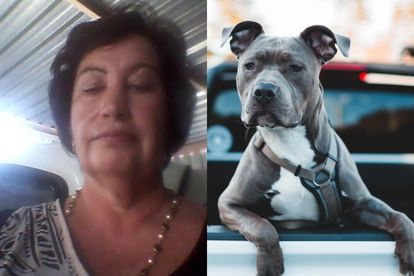 Belinda Magor, who said black people should be shot and killed, has caused a stir on social media. Images via Unsplash, Twitter @snekhumalosa,

Belinda Magor, who said black people should be shot and killed, has caused a stir on social media. Images via Unsplash, Twitter @snekhumalosa,

South Africans are expressing their disgust and anger after a white woman named Belinda Magor was heard calling for the killing, shooting and castration of black people in a viral WhatsApp voice note.

According to SowetanLIVE, the woman lives in Putfontein, Benoni, and provides bookkeeping and administrative services to businesses around Ekurhuleni.

ALSO READ: ‘They belong in the wild!’: Celebs call for ban on pitbulls

In the viral WhatsApp voice not that started circulating on Thursday 24 November, Magor can be heard defending the banning of pitbulls.

Cosatu and the Economic Freedom Fighters (EFF) have added their voices to the call to have pit bulls banned as domestic pets following a spate of reports of children and adults being mauled to death.

One of the many cases came on Sunday 20 November when a three-year-old boy was mauled to death by two pitbulls in the Free State. Another incident took place on Thursday in East London where a A 15-month-old child mauled to death by a pitbull.

Defending the animals, Magor said that it is black men who should be banned.

“Estella/Stella, I agree with you wholeheartedly. What I say is ban the black man. They rape, they steal, they kill, worse than any pit bull could, and they get away with it. Ban those that are making the laws, ban Ekurhuleni, ban the black man.”

In her racist rant, Magor said that black women’s uteruses and ovaries should be cut out.

“Get all the black women and cut out their uteruses and their ovaries that they cannot procreate because they will all turn out the same because they all the same. I’m very passionate about this.

“Ban them, kill them, shoot them. Get rid of them because they are the problem, not pit bulls, not animals. Animals are beautiful, and they er deserve, er, warm bed, er food, love and attention and everything else. God created those animals. Who created the black man, do you think God? I don’t think so,” she said.

During her interview with TimesLIVE, Magor admitted to the voice note and said she is not racist.

“I am actually very kind, specifically to black people. You would be surprised. I always help, always.”

She also blamed her rant on diabetes.