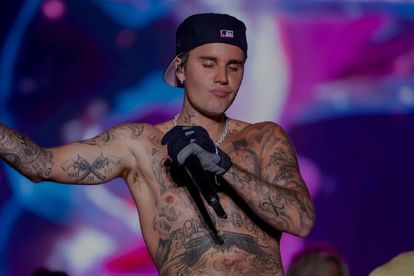 Justin Bieber’s legion of fans, affectionately called the ‘Beliebers’, are not happy with the latest update by Big Concerts regarding their favourite musician’s tour in SA. This is after the live entertainment company announced on Wednesday 14 September that Justin Bieber’s Justice World Tour South African dates have been cancelled due to ill health.

In June, the 28-year-old megastar had pushed back the North American leg of his tour due to Ramsay Hunt Syndrome, a complication of shingles. Last week, after his tours in Europe and Brazil, Justin Bieber announced that he needs to take a break.

“I’m going to take a break from touring for the time being. I’m going to be okay but I need time to rest and get better. I’ve been so proud to bring this show and our message of Justice to the world.”

The Canadian-born American singer was billed to perform at the DHL Stadium in Cape Town on 28 September and at FNB Stadium in Johannesburg on 1 October.

In a joint statement with AEG Presents, Big Concerts said:

“All fans that purchased tickets from Ticketmaster will receive a full refund and will be contacted by Ticketmaster directly.”

Fans were also told that they “do not need to take any action,” but rather keep an eye on their inbox for further information.

“We wish Justin a speedy recovery and hope to see him back in South Africa in the future,”/the statement continued.

Disappointed Justin Bieber fans took to the comments section on Instagram to express their sadness as they wished the singer a speedy recovery.

However, some were angry at Big Concerts for what they called a “lack of communication.”

@sia_reddy06 wrote: “Took your time telling us it’s cancelled! Now it’s 17 days before the concert, we already booked flights and it’s too late to get a refund, so we just lost all that money !!!! disappointed in the lack of communication! and bad service from your team!!!”

@miss_sinabo commented: “It took y’all a week or two to confirm something he mentioned already… do better y’all wow!”

Although Justin Beiber’s fans (especially those who had bought tickets) are sad, rugby and football fans in Cape Town and Johannesburg want to know if there’s any hope for their games to return to the two respective stadiums that were set to host the Justice Tour.

Last month, the DHL Stormers’ first two home games of the new URC season were moved to Stellenbosch due to the Justin Bieber concert. Meanwhile, Kaizer Chiefs announced last week that they had to move their MTN8 semi-final home leg against AmaZulu to Durban, also due to the concert.