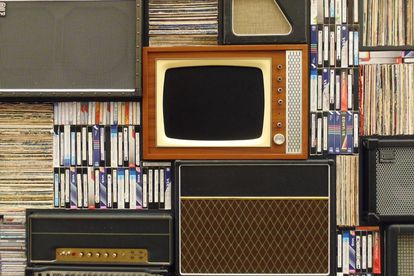 After the South African Broadcasting Corporation (SABC) told the Department of Communications that the SABC bill approved by Cabinet earlier this year needed to “redefine” the television licence regime by introducing a household levy system, MultiChoice made it clear that they are against these proposed changes.

According to Fin24, the SABC recommended this system based on the possibility of access to SABC services – rather than actual usage of its services – and that the ‘dominant subscription broadcaster’ (MultiChoice) would be required to collect the public broadcasting household levy from its subscribers on the state-owned broadcaster’s behalf.

At the moment, hearings on the bill are in place while the ICT White Paper remains a work in progress.

While MultiChoice’s opposed views are listed below, MultiChoice head of policy analysis, research, and regulatory affairs, Aynon Doyle, said that an effective revenue collector such as the SA Revenue Service (SARS) would be best placed to assist the SABC with collecting TV licence fees.

“No changes globally have attempted to shift revenue collection to the private sector on the part of public service broadcasters. If SARS collected in 2019 there would have been a significant difference in what would have been collected,” said Doyle.

But, it seems MultiChoice have an issue with the fact that the SABC bill is having its hearings in conjunction with work on the White Paper, which is meant to look at broader, more far-reaching Information and Communications Technology (ICT) policy regulation and law, according to general manager of regulatory affairs Lara Kantor.

“But this process must not be widened to deal with issues which have not yet been settled at the level of policy or rush, short-circuit or circumvent the White Paper process or turn into a draft White Paper 2.0,” she said.

Werkmans Attorneys’ Wendy Rosenberg also said the bill’s terms and definitions also needed to be better aligned with those found in the Electronic Communications Act (ECA).

“Some definitions don’t work and should be aligned with the ECA. The definition of the broadcasting licence is a problem because the ECA deals the licensing of radio spectrum. It is inappropriate for a spectrum licence to be the same as broadcasting service licence,” said Rosenberg.

Rosenberg said the bill’s proposal to shift the power to make TV licence fee regulations from the Minister of Communications to the Independent Communications Authority of South Africa (Icasa) – in consultation with the minister and the SABC – also raised some questions.

“The bill requires regulations to be made by the authority. It is not clear why this change is being proposed. These are not broadcasting regulations, but practical aspects of mechanisms like licences…” Rosenberg said.

She said that the bill’s proposal to give the SABC the right to veto regulations that affect it is impermissible, as “no person must exercise decision-making power or judgment in their own matter”.

Power should remain with minister

Rosenberg recommended that the power to make TV licence fee regulations should remain with the minister. In addition MultiChoice opposed the proposal for the regulations to be made in consultation with the SABC.

She urged the department not to fiddle with licence fee administration before the White Paper is finalised, likening do so to “arranging deck chairs on the Titanic”.

Kim, who? Kanye has a ‘crush’ on Kylie Jenner’s ‘bestie’ Stassie