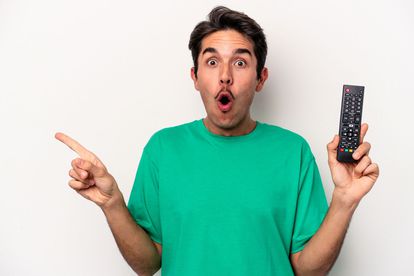 The Competition Appeal Court has ruled that MultiChoice must reinstate four eMedia channels on the DStv platform after cutting them at the beginning of June. Image: Adobe Stock

The Competition Appeal Court has ruled that MultiChoice must reinstate four eMedia channels on the DStv platform after cutting them at the beginning of June. Image: Adobe Stock

The Competition Appeal Court ruled on Monday 1 August that MultiChoice must reinstate the four e.tv channels it terminated as from 30 May on its DStv platform. The victory follows eMedia’s decision to fight the Competition Tribunal’s initial ruling in favour of Multichoice.

My Broadband reports that MultiChoice must reinstate eMedia’s channels for six months while the Competition Commission conducts an investigation.

According to News24, MultiChoice told the Competition Tribunal in April that it had satellite transponder capacity constraints and eMedia’s e.tv channels didn’t fit into its five-year strategy. In its appeal, eMedia however proved that the pay-TV operator did have enough satellite capacity.

At the time, MultiChoice argued that DStv only has space for 11 channels in the next five years. And that’s after it cut eMedia’s four channels.

ALSO READ: ‘RHOCT’ star Thato: ‘I got married to someone else’ while living with him

DStv viewers were left high and dry from the beginning of June when eMovies, eMovies Extra, eExtra, and eToonz were removed from DStv’s offering. The only e.tv channels that remained, were eNCA and kykNET.

The addition of the KIX movie channel for Family and Access subscribers, offered little consolation to viewers who have had to stomach repeat after repeat of movies and programmes on DStv lately.

Yes, it’s rather amusing to watch a young Jackie Chan delivering high kicks in his early TV career: Dubbed voice and dressed in 80s cringe outfits in Wheels on Meals!

But how many times can one actually watch the Men in Black series? We all love a glib Will Smith making aliens go splat, but what a slap in the face when repeat after repeat are dished up?

According to Cape Town Etc, eMedia Holdings’ legal counsel said Tembeka Ngcukaitobi argued that MultiChoice’s decision amounted to a dominant player refusing to supply a scarce service, and is in contravention of the Competition Act Section 8.

“After an appeal of the Competition Tribunal, it has been ordered that our channels eExtra, eMovies, eMovies Extra and eToonz be reinstated on the DStv platform.”

In reply to the appeal court ruling, MultiChoice said the following:

“We are aware of the decision made by the Competition Appeal Court in favour of eMedia. We are considering the court’s decision to grant the order requiring us to carry the four eMedia channels for a limited period of six months, while the Competition Commission conducts its investigation.”