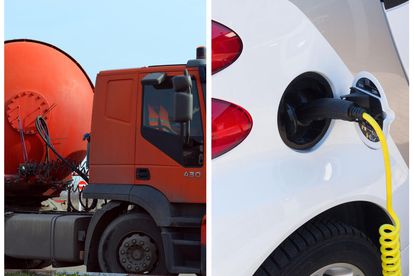 Netstar has published data which suggests that fuel tanker hijackings and theft of petrol and diesel out of tanks are on the increase.
Image via Pixabay

Netstar has published data which suggests that fuel tanker hijackings and theft of petrol and diesel out of tanks are on the increase.
Image via Pixabay

Netstar has published new data on hijacking, criminal syndicates, and car theft trends – and the results show a startling increase, particularly amongst fuel tankers and fuel theft from vehicles

The vehicle recovery and fleet intelligence company revealed their findings for the first half of 2022.

HIJACKING AND CAR THEFT TRENDS IN 2022

According to Netstar operations executive Charles Morgan, hijackings amongst their customer base have risen by 24%. And with the increase in petrol prices, fuel tankers continue to be the target of hijackers, suggests the data.

He said in a statement: “There are indications that fuel tankers are becoming a target. In a recent case, a fuel tanker was hijacked by a criminal gang after midnight.

He added: “Although Netstar has a high recovery rate, we are seeing a significant increase in incidents. Fleets and their cargo also remain at risk. We recommend that operators of tanker fleets be extra vigilant and take all measures they can to protect their drivers and their vehicles.”

Netstar also revealed that they had seen a spike in vehicle thefts during the morning hours. This followed by a surge in hijackings during the afternoon and the evening.

In May and June, daily vehicle hijackings reached a peak between the period of 19:00 and 20:00.

Morgan added: “Our data indicates that hijackings are more common in the evening hours.

“Hijackings are also the most common way for vehicles to be stolen, among our customer base. This implies that criminals may find it easier to steal a vehicle through a contact crime like hijacking, than through theft of an unattended vehicle. This may be because there is no need to circumvent alarm and immobiliser technology when the driver is at the wheel.”

According to Netstar’s provincial breakdown, Gauteng remains the hotspot for vehicle crime at 51,2%. KwaZulu-Natal came in second with 23%, and the Eastern Cape and the Western Cape both registered around 6% of incidents.

According to News24, hijackings of tankers are not the only means of stealing fuel.

The publication reported that Western Cape traffic officers had encountered a group of thieves on Monday morning who were siphoning diesel from a stationary truck – whilst the driver was asleep!

According to JP Smith of the City of Cape Town’s mayoral committee, the men had stolen close to 125 litres of diesel by the time police arrived on the scene. The thieves used drums and pipes to “extract” the fuel.

He said: “While the ‘fill up and dash’ phenomenon is not new, this type of incident is something else, and was an incredibly opportunistic and dangerous thing to do. Even if the suspects had gotten away, travelling with large amounts of fuel in makeshift containers would have been very risky”.

Smith warned motorists to be wary of “opportunistic” criminals as well as be “alert at all times”.