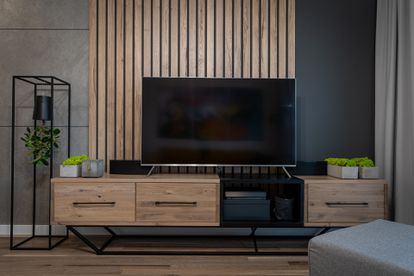 TV licences might be a thing of the past with the introduction of a household levy system, a new report suggests.

According to Fin24, the South African Broadcasting Corporation (SABC) has told the Department of Communications that the SABC bill approved by Cabinet earlier this year needed to “redefine” the television licence regime. The SABC is looking to follow the same household levy system implemented in Germany in 2013.

On Monday, 20 September, the broadcaster recommended this system based on the possibility of access to SABC services – rather than actual usage of its services.

“The SABC also called for a ‘pro-competitive measure and regulatory obligation’ where ‘the dominant subscription broadcaster’ (MultiChoice) would be required to collect the public broadcasting household levy from its subscribers on the state-owned broadcaster’s behalf,” the publication writes.

The bill, which was approved by Cabinet in July, reportedly does not provide for further government grant funding for public interest programming.

“Unfortunately, the SABC Bill retains the outdated TV licence system and does not take into account the SABC’s view that it should be replaced by a technology-neutral, public broadcasting household levy that would exempt the indigent and should be part-collected by the dominant pay TV operator,” the SABC said.

The SABC, therefore, believes that the current TV licence system should be scrapped and replaced with a “public broadcasting household levy”.

“The SABC submits that this entire section from the bill is required to be deleted and redrafted.”

The current system is ultimately tied to television sets, despite the proposal made by SABC for a complete change.

“Linking a levy to devices is administratively burdensome and cannot be future-proofed”, the submission added. “As such, a new model of defining a technology-neutral, public broadcasting household levy has been recommended in order to secure a stable revenue source for the SABC’s public service mandate.”

In February this year, the SABC confirmed that thousands of South Africans voiced their opposition against plans that will force users of laptops, tablets, decoders and streaming platforms to pay TV licences. At the time, petitioners claimed that forcing users to pay a license to the SABC for watching Netflix and other streaming services on electronic devices is “patently unfair”.