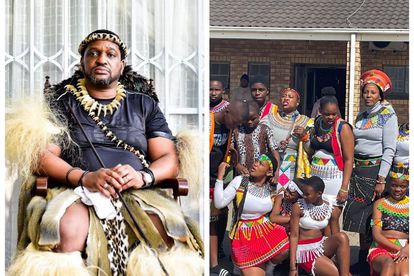 Tuesday 30 August is Traditional School Day in KwaZulu-Natal, which is a day set aside to honour newly crowned Zulu king MisuZulu kaZwelithini.

Frazer’s call was not welcomed by the South African Democratic Teachers’ Union (Sadtu) in KwaZulu-Natal, which said that wearing traditional attire contradicted the South African Schools Act. However, this did not stop learners, teachers and the department of education from paying tribute to the king.

A video of them singing an IsiZulu traditional song with the learners and teachers at the school was shared on Twitter by IOL journalist, Sihle Mavuso.

More videos were shared by the Department of Basic Education in KwaZulu-Natal on Twitter.

‘THIS HISTORIC GESTURE WILL GIVE MEANING AND SYMBOLISM’

“Honouring our rainbow nation, Heritage Day is often a celebration of inclusivity and diversity across schools. Beyond this, there is no cultural observance within public schools that encourages learners, educators and other education workers to wear specific cultural attire on any other particular day,” said the union.

In response, Frazer said the activity of celebrating King MisuZulu by learners from all backgrounds will play a more significant role in national unity and social cohesion.

“This historic gesture will give meaning and symbolism to a call for a decolonised education in our lifetime as we forge ahead in providing quality education,” the department added.