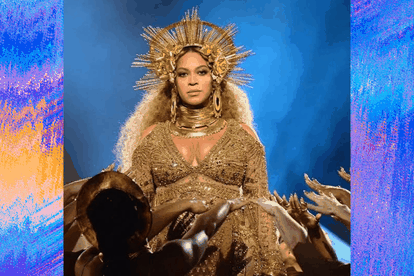 The Beyhive was elated to receive the news about their queen being awarded the BET Humanitarian Award 2020 at the awards ceremony in Los Angeles on Sunday night (early Monday morning Central African Time).

The network publicised the good news on 25 June along with the list of nominees, performers, and other recipients.

Beyoncé leads as the most awarded entertainer in BET history.

With 31 BET awards so far, Beyoncé is the clear leader of the pack. She was nominated for four other awards, including Best Female R&B/Pop Artist and Album of the Year.

In the end, she won the BET HER Award for Brown Skin Girl featuring her oldest daughter Blue Ivy Carter, Wizkid and Saint John.

Beyoncé’s 2019 Coachella performance which was documented into a film, Homecoming, landed her a nomination for Best Movie. This is her second released film, her first being Life is But a Dream released in 2013.

Beyoncé also had the honour of giving a commencement speech dedicated to the class of 2020 earlier this month.

Former US President and First Lady Barack and Michelle Obama nominated her to encourage the soon-to-be graduates.

In the 10-minute speech she congratulated the class for their accomplishment especially amid a global crisis and racial pandemic.

She saluted the class of 2020 for leaning on each other as the power of togetherness is much stronger.

“Keep pushing. Forget the fear, forget the doubt. Keep investing and keep betting on yourself, and congratulations.”

The fight against injustice

Beyoncé shared her grief on social media by speaking out on the ongoing torture of black lives, referring in particular to George Floyd and Breonna Taylor.

The death of black citizen Floyd at the hands of white police officers in the US caused pain and anger globally, and footage of the event in May sparked protests and demand for change.

Beyoncé shared an open letter to Kentucky Attorney-General Daniel Cameron. In the letter, she offers three calls for action: setting criminal charges for the officers responsible, prosecution of the officers, and an investigation into the Louisville Metro Police Department.

She has shared links to petitions for the improvement of police brutality.