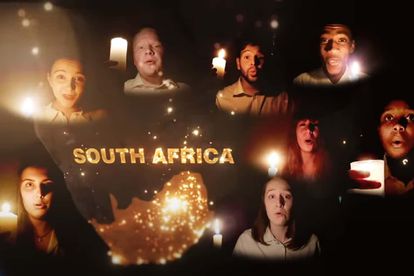 In the video shared, 167 singers from a total of 21 award-winning choirs can be seen singing Ticheli’s Earth Song, a song that prays for harmony and peace in times of darkness and conflict.

The acronym for the project, “Sing Around The gloBe” (SATB), is also a wordplay on the four voice parts in a choir: Sopranos, Altos, Tenors and Basses. Participating choirs include Indonesia, Colombia, Mexico, the United Kingdom, China, Germany and Norway and many more.

“May this be a shining light for all in this time and a reminder of the beauty in the world,” Tuks Camerata later wrote on Facebook.

Connecting with people all over the world

In conversation with CNN Philippines, Michael Barrett, the conductor of Tuks Camerata said that to be able to connect with conductors and musicians all over the world is quite special.

“I think it gave us a little bit of comfort during these very uncertain times. So, it really was a wonderful project to be apart of. To be able to connect in times when we technically aren’t able to connect.”

Each member was reportedly recorded individually for the project. A South African team then went on to ‘blend’ the sound.

“A lot of us have been connecting more than we were when we were allowed to sing and perform. The 21 conductors were able to say that its actually a blessing that we were able to work like this due to something like a pandemic.”

Jonathan Velasco, a conductor from the Philippines who also worked on the project also said that he hopes another collaboration like this comes to light.

“We hope to continue sharing our voices and what we do when we sing together.”