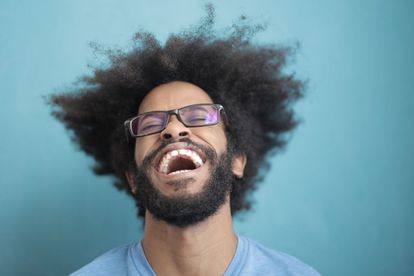 It is that time of the year again…April Fool’s ! In South Africa and the world, the annual celebration of playing practical jokes was met with a few funny (and quite believable) hoaxes. Here are the best ones:

Piers Morgan is back at GMB

Piers Morgan has jokingly announced that ITV has offered him a return to Good Morning Britain after his exit from the show in March after critising Meghan Markle.

Tweeting to his almost eight million followers, the presenter declared that, in light of comments from the Archbishop of Canterbury denying suggestions from Meghan that he had married the Duke and Duchess of Sussex in a private ceremony days before their much-publicised royal wedding, he has been reinstated.

EskomSePush, a load shedding app in South Africa, also made a joke about load shedding being reinstated over the Easter Weekend. Luckily, it was not the case and only a (cruel) joke.

Jameson South Africa tried to fool tweeps into thinking they have made their very own skincare range. But, after being caught out, they said they’d rather stick to what they do best – and that is making whiskey.

A tribute to Barney the dinosaur? Wimbledon turns purple

Wimbledon will look a little different this year as it was announced that every 8mm blade of grass on the pristine Centre Court has been hand-painted purple in celebration of Wimbledon’s partnership with Robinsons new blackcurrant squash.

Reading on the loo

According to CNET, the language-learning app Duolingo knows people like to read on the loo, so it created the three-ply Duolingo Roll that “turns your bathroom into a classroom.”

The Roll website is a spot-on parody complete with reviews like “Keeps my language learning on a regular schedule.” In a show of commitment to the joke, Duolingo actually produced some rolls for English, Spanish, Portuguese, Japanese and Chinese speakers and will give them away via social media channels.

Meanwhile, in Australia, the ‘small area urban search and guided evacuation’ dogs will be part of the police’s capabilities from today.

This morning Argos announced the launch of its latest product, the Treadmow.

An Argos spokesperson said: “We have seen a massive rise in demand for fitness equipment and garden improvement products in the past 12 months, so it made sense for us to combine the two and create the ultimate home gadget to meet these trends. At Argos, we cater for every need, and so we hope this new product offers the perfect solution for busy households this summer.”

Tea from the tap

Keepmoat Homes said it is installing instant hot tea taps in the kitchens of its new homes. The appliance has been designed to dispense cold water, hot water as well as tea at the homeowner’s convenience depending on how the tap is turned.