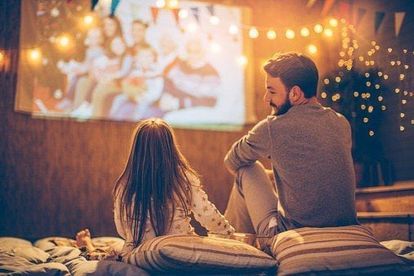 Not in the Christmas mood yet? Kick things up a notch with these festive favs.

With their daughter away, Mr. and Mrs. Krank (Tim Allen and Jamie Lee Curtis) decides to skip Christmas altogether until their daughter decides to come home, causing an uproar when they have to celebrate the holiday at the last minute. This fun, up-beat movie will definitely put you in the mood for Christmas carols and some ham. Who’d in their right mind would skip Christmas anyways? It is the most wonderful time of the year after all.

What a classic! Some of your favourite actors star in this film. Love Actually follows the lives of eight very different couples in dealing with their love lives in various loosely interrelated tales all set during a frantic month before Christmas in London, England. Plus, it is bloody brilliant!

A man raised as an elf in the North pole, is sent to the U.S. after he wreaks havoc on the elf community due to his ungainly size. In the U.S he does everything he can to find his true identity. You will thoroughly enjoy this Christmas movie if you’re a Christmas fanatic!

Two women, in two different countries, trade houses over the festive season only to find that a change of address can change their lives. This romantic comedy is definitely the one to watch!

Tim Allen stars in yet another Christmas movie, The Santa Claus. You can enjoy a series of these films all in one night. Tim Allen plays a divorced dad who has custody of his son. After he accidentally kills a man in a Santa suit, he’s magically transformed to the North Pole where he’s told that he has to take Santa’s place.

Another classic Christmas movie! The beloved children’s tale, follows the cheery citizens of Whoville and the Grinch’s attempt to steal Christmas.

This comedy is mostly directed towards an adult audience. The film follows three friends and their Christmas eve celebrations of the last ten years. As one of them prepares to become a first-time father they realise that their annual tradition is coming to an end. This film provides enough laughter to qualify as a worthwhile addition to the list of Christmas comedies.

A family of misfits come together in this comedy drama. When a man brings his uptight girlfriend home for the holidays, things turn out for the worse. If you love Sarah Jessica Parker you will enjoy this.

Christmas isn’t complete without watching the complete list of Vince Vaughn Christmas movies. After an unmarried couples’ exotic vacation falls apart, they are forced to visit their divorced parents. After a dreadful Christmas day, they realise everything is not what it seems. A great comedy for the whole family to watch!