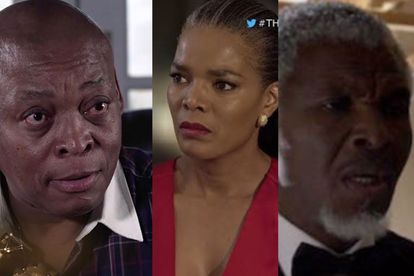 Viewers of The Queen predict Harriet will eventually kill her current husband Hector just like how she killed her first husband Mzi in season one.

Fans speculate The Queen will end how it started six years ago, that Harriet will likely kill her husband by January 2023 when the telenovela wraps up.

The Queen’s Harriet might have to kill Hector as he betrayed her this season like her first husband Mzi by cheating on her with his first wife and baby mama Vuyiswa.

Harriet killed Mzi (Treasure Tshabala) after he cheated on her with his maid, impregnated her, and vowed to leave her with nothing.

She then ordered a hit on him on their daughter, Kea’s (Dineo Langa) wedding day so the Khoza family doesn’t suspect her of murdering her then-husband.

Viewers of The Queen are upset with Hector (Rapulana Seiphemo) for declaring his feelings for Vuyiswa after cheating on her with Harriet while she was pregnant.

The TVSA The Queen July teasers indicate that Hector and Harriet’s (Connie Ferguson) marriage will be tested when he realises that he shouldn’t have cheated on Vuyiswa while she was carrying his baby.

Harriet visited Vuyiswa (Zandile Msutwana) and revealed that Hector is a murderer and a drug dealer which Vuyiswa to leave town with his baby.

“After trying everything to save her marriage, Harriet finally steps into the dark side.”

THE BEGINNING AND END OF ‘THE QUEEN’

Harriet hates being betrayed by her loved ones and Hector betraying her and cheating on her will awaken all the dark thoughts she buried.

She got rid of Mzi’s baby mama by paying her off and got rid of Vuyiswa by telling her the truth about Hector’s criminal life.

Hector makes her feel like she isn’t good enough just like her first husband did and she might have to retaliate by getting rid of him permanently.

TVSA has revealed that the telenovela’s seventh and final season will premiere on Monday 25 July, for 125 episodes.

Mzansi Magic also revealed that the series finale will air on 13 January 2023 earlier this year.