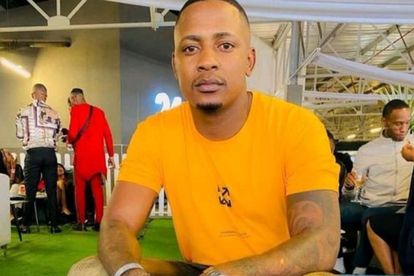 The seasoned actor Pholoso Mohlala who’s rumoured to be engaged to Idols SA judge Somizi Mhlongo surprised his fans when he returned to the small screen as Goodness Mabuza’s scammer and Blessing’s lover in The Queen.

Viewers of The Queen expressed their hatred for his character who scammed fan-favourite character Goodness (Zenande Mfenyane) this week by pretending to be Blessing’s brother.

Goodness hired Blessing as a manager at Noma’s after her former husband Kagiso (Loyiso McDonald) returned their daughter Mvelo.

When Goodness realised that Blessing was in on the robbery she and Thando (Jessica Nkosi) hunted her down and found his brother and shot him.

Reality TV star Somizi Mhlongo revealed in season five of Living the Dream With Somizi (LTDWS) that he’s dating someone new after his split from Mohale Motaung.

Somizi Mhlongo revealed to his friend in this week’s episode that he has met a new lover who “ticks all the boxes.”

Mhlongo also revealed that his new man loves his privacy unlike his ex-husband Mohale Motaung and has his own home and car.

The reality star also thanks his family and friends for supporting him through his public divorce from Mohale Motaung.

“Whenever you are faced with challenges and turmoil and trials and tribulations, be still. Stop fiddling and peddling and trying to revenge and trying to do this. Be still for he is God. Let go and let God.”

“If you have no idea what I am talking about, look at the situation that I have been in and how I responded or the lack of response and the impact that it had. Silence is truly… figuratively and literally golden!