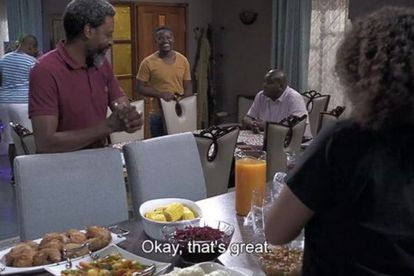 There has been a lot of drama between John and his son, Kwaito Maputla that has led to the pair finally finding each other.

John’s wife, Meike Maputla attempted to murder Kwaito and his mother (Mantuli) when she found out Kwaito is his son.

Meikie’s son, Leeto also threatened to end Mantuli’s life when he found out about their affair.

Skeem Saam’s Kwaito endured so much hardship before he found out he was John Maputla’s (Africa Tsoai) son.

Viewers of the soapie have also noticed that John seems happier without his wife, Meikie Maputla.

Skeem Saam viewers want Kwaito to gain all the benefits of being a Maputla.

They want Kwaito to get a car, just like Tbose did on his 21st birthday.

Fans feel like Kwaito was robbed of an important part of his life and want him to enjoy the soft life.

Kwaito has been taking care of his family from an early age because his stepfather ran away and he’s Mantuli’s only son.

Gauteng online application for Grades 1 and 8 opening on Friday