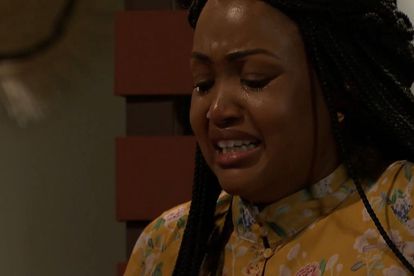 Her character got arrested last night for the murder of Pfareni and the attempted murder of her husband Mulalo.

Viewers were happy with her exit because they were furious with Mulalo’s suggestion that she takes the fall for Pfareni’s death.

NO MORE VILLAIN: ‘THIS CHARACTER IS MUCH NICER’

The actress told Sowetan that she will not be playing another villainous role after exit and that she’s playing a much nicer character on Lingashoni.

This character is much nicer than my Muvhango character.

She is a family lady and much more traditional.

This is the break I needed after playing Teboho for so long.

It’s also challenging because if you play a character for nine years you start to not know what else you can do.

I had been on Muvhango for a long time and they had become family to me. It still is my family and it was home.

She also told the publication that she met some warm people on the new show who are very accommodating, so they didn’t make it difficult for her to blend in.

That was amazing and refreshing because you think that sometimes you are going to meet bad people.

Molise’s got her breakout role on Muvhango and stayed with the Venda soapie for almost a decade.

It was hard to leave Muvhango and the decision was so tough. I was torn, but I felt like it was time for growth.

Muvhango was very supportive and understood that it was time to go.

That helped me in a way because of that support,

Also read: ‘Muvhango’: James will break Imani’s heart like all his baby mamas