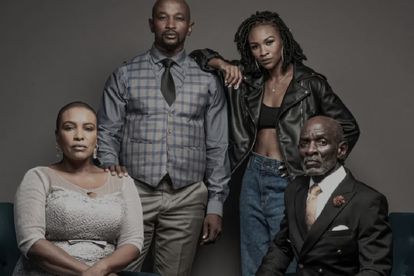 Housekeepers is back with another season and new faces. Image via @andilemxi/Instagram

Housekeepers is back with another season and new faces. Image via @andilemxi/Instagram

Viewers of award-winning drama series Housekeepers are excited about the enthralling show’s return for a third season. With episode one set to air on 4 April, the producers are shaking things up with new cast members that viewers know and love.

ALSO READ: No more sand in the hourglass: e.tv drops ‘Days of Our Lives’

Former Isibaya actors Andile Mxakaza (Fezile) and Ernest Ndlovu (Ngwebedla) will be joining the much-loved Monday nights telenovela which is scheduled for 13 episodes.

Also joining Housekeepers is former SABC1 continuity presenter Zandi Nhlapo. The actress recently made a comeback to the small screen when she appeared on e.tv’s Imbewu: The Seed.

Another former SABC1 presenter who will join the cast is Fezile Makhanya. The actor has been on a number of different telenovelas in South Africa, including The Queen, Uzalo and The River. Veteran actress Connie Chiume (Mam’ Sonto on Gomora), comedian and producer Kenneth Nkosi and former Isithembiso actress, Chichi Letswalo, are also part of the cast.

In addition, legendary actor Gabriel Simphiwe Mini (Muvhango and Zabalaza) as well as The Republic star Noxolo Dlamini will also be adding to the drama on the riveting series.

The hit drama series will not be letting go of its lead and star of the show, Thando Thabethe, who will be reprising her role as Linda. Paballo Koza (Mtho) is also making a return as Linda’s brother.

With her brother, Mtho, in need of rescuing from a serious crime that he is accused of, Linda will step in as an undercover house help to save him – this according to DSTV.com.

Throughout the season’s 13 new episodes, Linda is in the middle of a balancing act – it’s the detective versus the sister. Having made a promise to their mother to keep Mtho safe, Linda is wracked with guilt. Since she couldn’t save June, she wants to save her brother by any means necessary. This leads her down increasingly morally ambiguous paths.

“It’s a very South African twist on the classic detective show, and it’s so much more than a crime series. It’s relevant and features social commentary and a lot of heart, while still being entertaining. The show is as multifaceted and as intelligent as our audience,” said Shirley Adonisi, director of local entertainment channels at M-Net.

“We’re happy to keep giving viewers shows they love, and Housekeepers is one of the series that have kept our audience enthralled since its premiere,” Adonis added.

ALSO READ: The Film and Publications Board investigates ‘The Wife’ sex scene