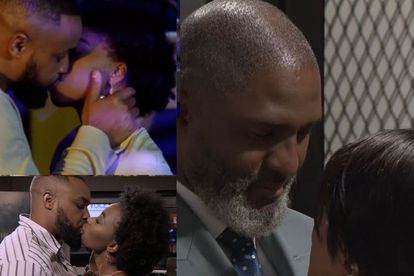 It’s cheating season on ‘Generations: The Legacy’ and ‘Scandal!’. Images via Twitter @Gen_Legacy and @etvScandal

It’s cheating season on ‘Generations: The Legacy’ and ‘Scandal!’. Images via Twitter @Gen_Legacy and @etvScandal

The Generations: The Legacy TVSA April teasers have revealed that Ayanda and Nkosi will have some sort of fling while Scandal!’s Hlengiwe is cheating on her boyfriend Amo with Dr Nyasha.

Amo also cheated on Hlengiwe with Dintle (Mapaseka Nyokong) in 2021.

ALSO READ:‘Generations: The Legacy’ fans troll Mihlali Ndamase for her role in soapie

Fans of e.tv’s most-watched soapie- Scandal! are applauding Hlengiwe for cheating on Amo with Dr Nyasha. Generations: The Legacy’s Ayanda is going to be caught between a rock and a hard place when she and Nkosi catch feelings for each other.

They are calling Hlengiwe’s cheating Amo’s karma for going behind her back.

Viewers are encouraging her to keep cheating and even want her to dump him for the doctor.

Hlengiwe appears to have fallen in love with the doctor and seems more comfortable with him.

Amo doesn’t understand her personality and is not as intelligent as she is.

Ayanda’s husband Detective Malinga Pele is going to realise that there’s something fishy going on between her and Nkosi in April according to the TVSA teasers.

The teasers for April read:

“Friday 1 April: Will the object of Nkosiyabo’s lust gives in to his temptation?”

Nkosi and Ayanda have been budding heads since he joined #Ezweni Communications and their beef will escalate to some sort of lust.

Ayanda has always dated powerful men in the past so we know that she will also feel the same way for him.

Pele was the first man she dated and married who was straight and narrow in comparison with her exes; Tau Mogale, Kumkani, and many more.