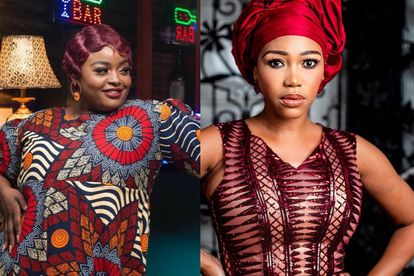 Telenovela Diep City tackles the social issue of colourism using the phenomenon of skin lightening as a storyline. Diep City airs every night during the week on Mzansi Magic, channel 161 at 20:30.

WHAT YOU NEED TO KNOW ABOUT ‘DIEP CITY’

Diep City took over the time-slot that previously belonged to Isibaya. The telenovela is centred around the lives of four young women who were forced into becoming “small-time” robbers to make ends meet. The telenovela focuses on the lives of the ladies and those around them as they nagivate personal and social issues.

“Viewers can expect drama, action and a relatable storyline as they follow the lives of four young women who are small-time robbers trying to make a better life for themselves. The questions are: What will it cost them? And can they leave the life of crime that is always pulling them in?,” reads the synopsis of the telenovela according to Mzansi Magic.

Sonia Mbele, Hamilton Dlamini, Dawn Thandeka King, Mduduzi Mabaso and Zikhona Bali are some of the familiar faces viewers can expect to see. While the telenovela also introduces fresh faces to the South African entertainment industry.

In a recent episode of Diep City, a pregnant Maureen, popularly known as “Momo” (Vele Manenje), caught her husband, Mgedeza (Mduduzi Mabasa) cheating on her with a light-skin Zola (Sonia Mbele). This is a sad reality that many South African women are able to resonate to. To add insult to injury, this hurt Momo more because she thought Zola was her friend.

In an attempt to win back her husband, Momo resorted to skin bleaching to look like her husband’s “side chick”.

“With colourism being a widely faced issue in our country, Momo’s character takes viewers through the depths of the effects of colorism which include a low self-esteem based on the shade of your skin, perceiving yourself as lower social class and feeling less pretty because of darker skin,” said Diep City producers in a statement.

Colourism occurs when preferential treatment is given to light skin individuals over their dark skin counterparts.Diep City told the story of darker skinned women who feel like light-skin women, often called “yellow bone” are more attractive than they are. This often resorts to skin lightening.

Two hospitalised after a head-on collision on R102 in Verulam

Eish: Mampintsha lashes out at trolls in latest clip [watch]