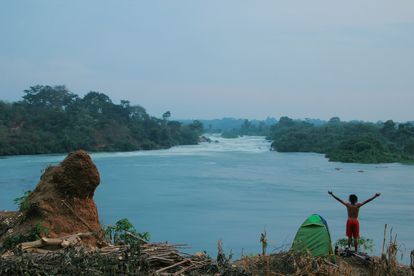 From record-breaking true crime to a Sundance short, from an Olympic Gold medalist to an award-winning adventurer to a Michelin-starred chef, here are seven African highlights to stream on Showmax.

The first Showmax Original true-crime series, Devilsdorp, launched on Thursday, 29 July 2021 to five-star reviews, topping Showmax’s SA Top 20 and setting a new record for the most hours watched in its first four days of launch of any film or series ever on Showmax – outperforming the likes of Game of Thrones, The Real Housewives of Durban and The River.

Produced by IdeaCandy, the four-part docu-series investigates the 11 Krugersdorp Killings between 2012 and 2016, separately known as the Appointment Murders and the Satanic Murders, and how they were all traced back to Cecilia Steyn and the Electus per Deus (Chosen by God) cult.

“The result of an 18-month research process, Devilsdorp shows again that truth is stranger than fiction, especially in South Africa,” says director David Enright. “This is the story of the events that rocked an entire community and forever changed the lives of those involved, especially the families of the victims. What started as a group of devout Christians trying to help a former satanist escape the satanic church ended in a murderous spree involving a killer mom, her two children, and a cult with more victims than members. It may all sound too far-fetched to be believed, except it really happened – just down the road from us.”

In a South African first, Showmax also launched Devilsdorp: The Official Companion Podcast, presented by Nicole Engelbrecht of True Crime South Africa, who also narrated the audiobook version of Jana Marx’s The Krugersdorp Cult Killings: Inside Cecilia Steyn’s Reign of Terror. The podcast quickly topped Apple’s South African charts and is currently at #3 on Spotify. Stream it here or wherever you get your podcasts.

At the end of January 2021, The Real Housewives of Durban set a new overall Showmax record for first-day views. At the end of June 2021, another reality series broke that record: Uthando Lodumo, about Babes Wodumo and Mampintsha’s marriage.

The ultimate relationship test, Temptation Island South Africa follows couples at a crossroads in their relationship, where they must mutually decide if they are ready to commit to one another for the rest of their lives — or go their separate ways.

Together, the couples experience a luxurious holiday in paradise (aka Knysna), where they live separately – with 20 sexy single men and women who are looking for love. This last taste of the single life is meant to help answer their most difficult questions about their relationship, like, “Are we meant to be?” and “Is there someone better out there for me?”.

Afrokaans Film & Television (Survivor SA) is producing the 12-episode Showmax Original, which is hosted by Phat Joe (The Real Housewives of Durban reunion).

Twenty-year-old Othmane Zolati had never left his home country of Morocco when he started his nearly four-year journey to Cape Town, South Africa, with just $80, a small backpack, and a borrowed cheap pocket camera. Africa & I, a 90-minute documentary about his trip, is the story of how Othmane walked, hitchhiked, cycled and skateboarded over 30 000 km through 24 countries.

Othmane directs and executive produces Africa & I, using the 100s of hours of footage he taught himself to shoot along the way. He’s collaborated with a team of award-winning South African creatives he met at the end of his trip: co-director Chris Green (writer and producer on the 2021 South African Film and Television Award [SAFTA] winner Chasing the Sun and co-showrunner of the two-time International Emmy-nominated MasterChef South Africa); Both Worlds, the production company behind the two-time International Emmy-nominated Puppet Nation ZA; and composer Daniel Eppel and editor Kirsten de Magalhaes, both SAFTA winners.

Early reviews are glowing, with Saturday Star calling Africa & I “an unrivalled glimpse into life on the continent”, Spling “exhilarating… a beautiful and stirring mashup of people, culture and places,” News24 “breathtaking. It reminded me just how beautiful the African continent is,” Vamers “a thrilling trip through unseen Africa”, and Dispatch “a terrific film that puts a lot into perspective.”

On the morning of 12 October 2019 in Vienna, Kenya’s marathon legend and world record holder Eliud Kipchoge shattered “the last barrier to modern athletics” by running a marathon in under two hours, the first human to do so.

Directed by Emmy winner and Grammy nominee Jake Scott (American Woman) and executive produced by Oscar nominee Ridley Scott (Gladiator) and Oscar winner Kevin Macdonald (The Last King of Scotland), Kipchoge: The Last Milestone is an intimate portrait of Kipchoge as he prepares for his record-shattering feat. With unprecedented access to the humble man BBC calls “the great marathon runner of all time”, the documentary follows Kipchoge’s journey from his training grounds in Kenya, to the high-tech facilities in Europe, to his record attempt in Vienna.

“We set out to document an extraordinary athlete attempting the seemingly impossible,” says Jake. “Eliud Kipchoge ran for mankind that day and with it delivered his belief that ‘no human is limited.’”

At the recent Olympics, Kipchoge became the first athlete since 1980 – and only the third ever – to retain an Olympic marathon title.

In Five Tiger, a short film that played in competition at this year’s Sundance Film Festival, a god-fearing woman (Ayanda Seoka) finds herself in a transactional relationship with a church leader as she tries to support her daughter and sick husband.

Five Tiger was written and directed by Nomawonga Khumalo as a stylistic proof of concept for her feature debut, The Bursary, which will be produced by South African Film and Television Award (SAFTA) winner and co-writer Brett Michael Innes (Fiela se Kind, Sink) and Paulo Areal (Ellen: Die Storie Van Ellen Pakkies).

Five Tiger was inspired by a conversation that Nomawonga had with a Johannesburg prostitute, who, after praying a blessing on her and her work, told a story about how her daughter had spent all the money that she made the day before on buying sweets for herself and her friend. She added that one day God would look favourably upon her because she tithed and she kept her faith. “‘God loves us all’ were her parting words and that just made me livid,” says Nomawonga, as the moment forced her to consider how sometimes the structures that support us can be the very things that hold us back.

The Mail and Guardian says Five Tiger is “only 10-minutes long but will leave a lasting impression on audiences,” praising the “uncomfortably realistic” short film for its “stunning cinematography” and the way it “forces society to stare poverty and exploitation in the face, and to grapple with it.”

South Africa’s first Michelin-star chef, Jan Hendrik van der Westhuizen, returns for a new season of his South African Film and Television Award-winning VIA show, JAN, hailed by Good Things Guy as “a TV show that has us all drooling” and by WatKykJy as “a new level of Afrikaans food television.”

Whereas the first two seasons took viewers to France and Italy, with a focus on how Jan combined French and South African cooking in his restaurant in Nice, JAN, Season 3 charts the launch of the chef’s latest venture, KLEIN JAN, a new restaurant in the heart of the Kalahari, where the region’s underexplored ingredients were the perfect inspiration to open a new restaurant and bring fine dining home – giving the food from the Kalahari the global stage it deserves.

“I never really knew the Kalahari until five years ago,” says Jan Hendrik. “Until then, I had heard about its vastness – the wide expanse of dry earth with its warm-hearted people – but the thought of laying down roots here never occurred to me. What opportunities could a harsh and arid terrain like this hold for a chef? But the Kalahari found me, and when it did, I was forever changed.”

The new season of JAN takes you on the journey of opening a restaurant in a place where every ingredient is unimaginably scarce. It is also an ode to the people of the Kalahari and the Northern Cape, especially the growers and makers of the region whose passion and vision for mindful, sustainable agriculture is fuelling the global call for more responsible farming and supplier practices. From the salt pans in the middle of the desert, to an artisanal cheesemaker in Augrabies who makes all his cheese in the same twenty-litre pot, the people of the Kalahari work with a keen awareness that ingredients are not infinite, but precious.

Season 6 of Big Brother Naija, themed ‘Shine ya eye!’, is now live streaming 24 hours a day on Showmax, from the house challenges to the weekly tasks, the Friday night games to the Saturday parties. Hosted by Ebuka Obi-Uchendu, the 10-week reality show follows the lives of a group of strangers living together in one house, as they interact and compete with each other to win N90 million worth of prizes; the biggest pot for any reality show on the African continent.

Showmax is also the only place to watch BBN S6: The Buzz, hosted by Toke Makinwa. Streaming on Showmax Tuesdays and Saturdays from 7 pm, BBN S6: The Buzz sees the award-winning media personality share her no-holds-barred opinion on happenings in the BBNaija house. Toke, who currently hosts The Late Morning Show on Rhythm 93.7, says, “This is almost like the unfiltered version of Big Brother where we bring you weekly highlights so I’m looking forward to them messing up, I’m looking forward to them creating more drama, because that way my show gets even more interesting.”