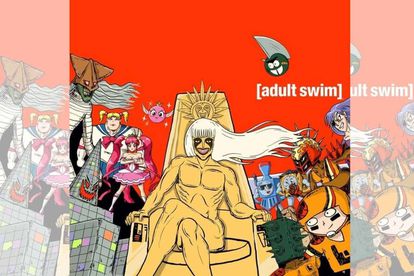 Just in time for Spring, the Adult Swim corner dedicated to adult animation, exclusive to Showmax in Africa, will unleash brand-new, bold and irreverent content with the launch of Lazor Wulf and Ballmastrz, Mr. Pickles spinoff: Momma named me Sheriff, and a new season of Venture Bros.

It’s said that this mixed and diverse slate of internationally acclaimed adult-oriented comedy, filled with dark humour and anarchic animation, is guaranteed to keep Adult Swim’s devoted fan base glued to their screens this September.

Adult Swim’s newest animated series, Lazor Wulf, is an acid vision of friendship and modern life from an African-American perspective. The story follows a crafty wolf with a laser on his back who goes on a series of adventures with his friends while hanging out at The Clurb, Esther’s, and other neighbourhood hot spots. Uniquely, the series features a predominantly black voice cast, which is still a rarity in animation. Created by Henry Bonsu, the voice cast is led by rapper Vince Staples, who is also an executive producer, along with stand-up comedian JD Witherspoon (comedian, actor, YouTuber), professional wrestler and American football player, Ettore ‘Big E’ Ewen, and Quinta Brunson (The Girl Who’s Never Been On A Nice Date).

What to watch on Adult Swim

Ballmastrz: 9009, created in 2018 by Christy Karacas, stars Natasha Lyonne as the voice of Gaz Digzy, a mixed-race athletic superstar in a dystopian future where humanity is satiated by a violent sport simply called ‘The Game’. Gaz, the former captain of the best team in The Game, The Boom Boom Boys, is demoted to The Leptons, the worst team in The Game. Her only way back to the top is to somehow lead these pathetic misfits and ‘ultimate losers’ to victory.

Momma Named Me Sheriff, the spinoff to Mr. Pickles, focuses on Old Town’s dim-witted Sheriff, who still lives at home with his Momma and whose best friend is a doll, and he’s the Sheriff of Old Town. Created by Will Carsola and Dave Stewart, the series stars Kaitlyn Robrock (ThunderCats Roar, Amphibia), Jay Johnson (Men in Black, Anchorman) and Brook Shields (The Blue Lagoon, That 70’s show, Lipstick Jungle). Mr. Pickles will air its season four-part finale on the 1 September alongside the Momma named me Sheriff spin-off.

These new shows join Adult Swim staples Rick and Morty, Robot Chicken and Mr. Pickles, which all launched new episodes as part of a global event earlier this year. All series will be available in full, exclusively on Showmax in Africa, from 18 September.

Adult Swim launched in 2001 and is Warner Media network offering original and acquired animated and live-action series for young adults.