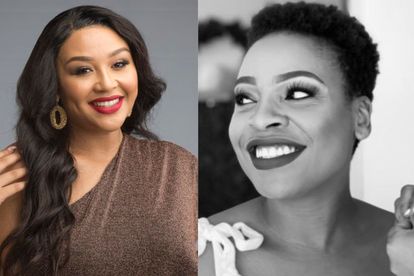 Imbewu: The Seed actress Angela Sithole has scored the role of Puleng Cele in Lingashoni after the exit of seasoned actress Thuli Thabethe.

Sithole also made headlines at the end of 2021 when she replaced Buhle Samuels in Imbewu for the role of Zandile.

ALSO READ:Stained Glass TV’s ‘Lingashoni’ has been renewed for another season

1Magic’s popular telenovela – Lingashoni has confirmed that Thuli Thabethe has been replaced by Imbewu: The Seed actress Angela Sithole for the role of Puleng Cele.

Sithole also took to her Instagram account to confirm her role in the Stained Glass TV telenovela.

Fans of the Lithapo actress (Angela Sithole) took to social media to congratulate her for scoring the role as Zandile in Imbewu.

Viewers of the e.tv’s telenovela applauded her for the role when she debuted on 20 December after Buhle Samuels’s exit.

Entertainment commentator Phil Mphela revealed that Samuels got fired by producers and replaced after she and production had different views about her character’s storyline.

Samuels was also allegedly fired from SABC 2’s popular soapie Muvhango where she played the role of Matshidiso for several years.

ALSO READ: ‘Scandal!’ exit: Patrick Mofokeng ‘not a prima donna or a celebrity’

“Hawu what happened to the old Puleng.” 🙄

“The Puleng character got a mega upgrade.” 😊

“I miss the old Puleng and her lashes and sense of fashion.”

“What happened to Thuli?”

“Will ever the old Puleng be back?”

“Can she flinch her lashes 20x in 10 seconds like the old Puleng?”