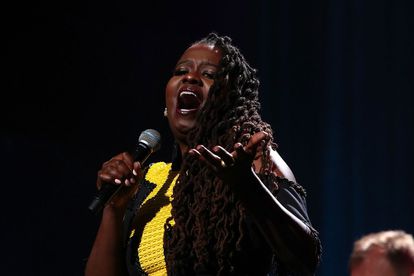 It’s the beginning of a new month and we are kicking March off on a high note. For New Music Friday, American singer-songwriter Somi has released her album Zenzile: The Reimagination of Miriam Makeba, inspired by South Africa’s legendary songstress Miriam Makeba.

Taking to Instagram on Monday 28 February, the 29-year-old said it was a “long time coming” but it was worth the wait.

LISTEN TO ‘REASON TO SMILE’ HERE

This is a stand-out release for our New Music Friday list.

LISTEN TO ‘THE ONE’ HERE

BOB MOSES – ‘THE SILENCE IN BETWEEN’

Canadian electronic duo Boss Moses dropped their third album, The Silence in Between, which is a fusion of alternative and electronic music. The Grammy award-winning producers certainly pack a punch with this 10-track album.

LISTEN TO ‘SEEN IT COMING’ HERE

Popstar Camila Cabello has released Bam Bam ahead of her upcoming album, Familia. On the upbeat English/Spanish track she features fellow popstar Ed Sheeran. The album is set to be released on 8 April.

Closing off New Music Friday is American singer-songwriter Khalid who takes it back with his new single, Last Call. In the heartfelt single, the platinum-selling rapper explores where he’s been and how far he has come.