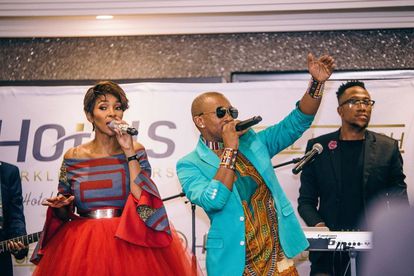 It’s Friday again folks, which means it’s time for New Music Friday! As the festive season is approaching, many of Mzansi’s top musicians are looking to have a song of the summer. This New Music Friday is filled with amapiano, hip-hop and R&B from both local and international artists.

Here are a few tracks and albums, you should look out for!

Mafikizolo is one of South Africa’s most-loved music groups. Mafikizolo teamed up with Simmy for an afro-pop offering. The track is a soft and slow love song, sung in Zulu and English.

SUMMER WALKER – ‘STILL OVER IT’

R&B sensation Summer Walker released the follow-up to her 2019 album Over It. Her new album Still Over It sees the 25-year-old singer collaborating with several of the United States’ top acts including Cardi B, Ari Lennox and SZA.

She has also featured Pharrell Williams and Omarian on the 20-trck album but the track most people are raving over is titled Ciara’s Prayer. It is a prayer written by Walker but beautifully narrated by Ciara.

Soa Mattrix was the brains behind the 2020 amapiano single uThando that was on everybody’s playlists! The producer teamed up with DJ Maphorisa on an 18-track amapiano album that features Simmy, Kabza De Small, Boohle, Jay-Sax and MDU aka TRP.

South African rapper L-Tido is back on the hip-hop scene with a 4-track EP titled Pressure. The Dlala Ka Yona rapper has featured two of SA hip-hop’s heavyweights for the release, AKA and Stogie T.

LISTEN TO ‘TELLING ME YES’ FEATURING AKA HERE

Two of Cape Town’s most exceptional talents, YoungstaCPT and Shaney Jay teamed up on a new album titled Dreams Dont Pay Bills. Shaney Jay has been the producer behind some of YoungstaCPT’s biggest tracks and the two did not hold back for this 16-track release.

LISTEN TO ‘BRICK AND MORTAR’ HERE

Voyage is ABBA’s first album in 40 years. Rolling Stone says the 10-track album was definitely worth the wait. The Swedish supergroup’s new album features nine new songs and one they recorded years ago.

LISTEN TO ‘WHEN YOU DANCED WITH ME’ HERE