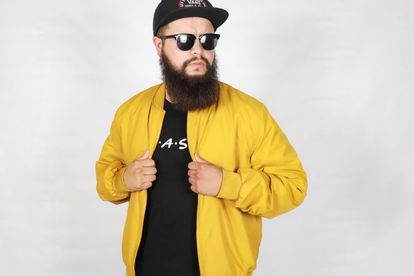 Meneer Cee chats to The South African about his music! Image via Facebook Meneer Cee Taken by Severo Music Studios

Meneer Cee chats to The South African about his music! Image via Facebook Meneer Cee Taken by Severo Music Studios

In an exclusive interview with The South African, Meneer Cee shared the ins and outs of his creative process and how it feels to represent his Reiger Park community ahead of his EP release, Dans Met Die Afrikaans.

MENEER CEE ON BEING AN AFRIKAANS AMAPIANO ARTIST

Dalmaine Cochrane Jr better known as Meneer Cee has released several freestyles and singles and he is on his way to cementing himself as a big star!

He shared that being one of the first Afrikaans amapiano artists in South Africa is exciting but daunting at the same time.

“It’s a feeling of great relief but at the same time a realisation that now there’s a new challenge on the horizon. It’s however a challenge I’m ready to tackle.”

The 25-year-old comedian turned musician says the response from the Reiger Park community has been overwhelmingly positive.

“I never believed I would be able to shed new light on my community and allow everyone to see us for what we are: Talented, focused and ready to take the world by storm.”

When asked about his creative process, Meneer Cee jokingly said that a magician never reveals his secrets but lets us in on a few!

“My writing style draws from common coloured cultural and sub-cultural customs as well as tropes. Loobub DJ (a friend and producer I’ve collaborated with) coined the term: ‘Afriyanos’. I’ve also drawn inspiration from 90s Kwaito and early 2000s pop music to create a unique blend of music that has the potential to cater to everyone.”

“My creative process can be summed up to something old (kwaito), something new (amapiano), something borrowed (flavour from other genres) and something you (the unique selling factor, which for me is the Afrikaans).”

One thing Meneer Cee has enjoyed about amapiano is getting to meet industry giants in the genre like Dalootz and El Maestro.

“The real kicker for me is the opportunity to impact people’s lives especially the youth – realising that somewhere out there is a young boy or girl that sees my loves and wants to further the movement.”

“At the same time, it is congruent with the essence of my debut single, Wie Se Kind Is Die? Jy gaanie by die huis slaap nie,” added the musician.

“Both songs deal with the theme of not sleeping at home over festive but what the new single has is Zulu as well as Afrikaans lyrics to cater to a broader market and also deliver Afriyanos to the wider Urban music industry.”

His upcoming EP is set to be released on Friday 12 November and it will feature Why Ninga Lale Emakhaya. The EP titled Dans Met Die Afrikaans will feature HerMajesty who will be making her music debut.

“The EP will be a taste of what to expect on my debut album dropping next year, but definitely a shot of adrenaline straight to the heart to get the festive going.”

Chicken? Nando’s reacts to wild tiger on the loose