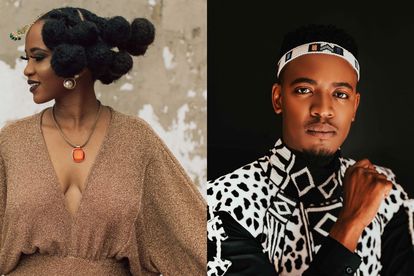 Gallo Remixed is an initiative by Gallo Record Company that celebrates its 95th birthday with the release of an EP that boasts its rich catalogue of music. The record company selected four artists to work alongside Grammy-nominated producer Black Coffee by reimagining songs for a new audience. Sun El Musician, Da Capo, Muzi and Botswana-born songstress Mpho Sebina are all featured on Gallo Remixed’s Music is Forever.

The EP was officially released on Friday 17 December.

According to a statement, Gallo Record Company is one of the longest-running independent record labels and music publishers in Africa. The record company also manages the largest catalogue of African music in the world.

After Black Coffee acquired a stake in Gallo Record Company, his first order of business was to shine a spotlight on the catalogue. Gallo Remixed allowed Africa’s future music stars to pull classics from Gallo Record Company’s rich archives and remix them.

Brenda Fassie’s iconic hit Too Late For Mama was originally composed and written by Sello “Chicco” Twala in 1989. Singer-songwriter Mpho Sebina chose the song and paid homage to the legacy of Brenda Fassie in her rendition.

Producer and DJ Da Capo teamed up with Maskandi legend Phuzekhemisi to remake Imbizo. As a result, the track is a blend of indigenous sounds, fused with tribal ancestral vocal elements and drums that sound a call to the dance floor.

Sun-El Musician and R&B songstress Nobuhle selected Brenda Fassie and Chicco Twala’s smash hit Vulindlela. The pair delivered a refreshed Pan-African version of the track while staying true to the nostalgia of the original.

One of South Africa’s most celebrated jazz recordings, Yakhal’ Inkomo by Winston “Mankunku” Ngosi was chosen by electronic DJ and producer Muzi. The Sondela Forever hitmaker gave the track a fun-rooted remix.

THE FUTURE OF GALLO REMIXED

Gallo Record Company highlights that there is a bright future ahead for the Gallo Remixed initiative. The Music is Forever EP is the tip of the iceberg in terms of creative opportunities for Gallo Remixed.

Music is Forever is available on all streaming platforms.