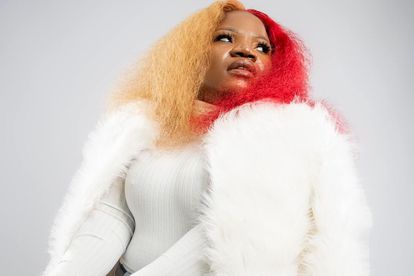 Makhadzi is gearing up for her first international performances in Canada and the United Kingdom. Image via Facebook: Makhadzi

Makhadzi is gearing up for her first international performances in Canada and the United Kingdom. Image via Facebook: Makhadzi

Following a successful one-woman show in Botswana and achieving 13 plaques for her streaming records, Makhadzi is gearing up for her first-ever world tour! The Limpopo-born muso will be performing in the United Kingdom and Canada next month.

Speaking to TshisaLive, Makhadzi said the opportunity to perform outside of South Africa came at the right time.

“I’m definitely ready and excited to be honest. Travelling around the world has always been something that I’ve wanted to do and to be able to do what I love and travel… is a dream for me,” she explained.

The 25-year-old said her fans can look forward to great tunes, energy and lots of dancing.

WHERE WILL MAKHADZI PERFORM?

Makhadzi will be performing in Canada at the annual Ottawa African Festival which celebrates African cultures on 16 July and 23 July.

The Ghanama hitmaker will be performing in Birmingham on 30 July and in London on 5 August.

Taking to Instagram on Thursday 16 June, Makhadzi wrote: “Going international. Performing outside of your comfort zone means a lot. UK and Canada, are you ready to change the gears in style?”

On 10 June, Makhadzi was surprised with 13 plaques during a Metro FM interview with Tbo Touch. The energetic muso’s 2020 album, Kokovha featuring the likes of Prince Benza, Moonchild Sanelly and Mampintsha, achieved double-platinum status.

Celebrating the plaques, Makhadzi wrote: “I am in tears right now. All thanks to my fans for always making sure everything I touch turns to platinum.”