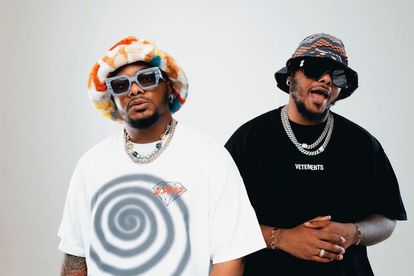 After working with the best Africa, Major League DJz has exclusive revealed their international feature list for their upcoming album. Speaking exclusively to BBC Radio 1Xtra’s Jeremiah Asiamah on Friday 13 May, the twin brothers revealed that they were going “international vibes”.

When asked if they could reveal who would be featured on the album, Major League said: “Jorja Smith, Mahalia, Ty Dolla $ign and…. Tinie Tempah.”

They also added that UK rapper Stefflon Don would be featured on the album. This comes after the brothers shared some snaps of them in the studio recently.

Major League DJz also surprised Jeremiah Asiamah by mentioning that they have a surprise collaboration with Canadian superstar Drake in the works.

“But we need the big OVO [Drake] to confirm, that’s what we need.”

The brothers are yet to announce a release date for the upcoming album.

Major League DJz’s full interview with Jeremiah Asiamah will be on BBC 1Xtra on Friday 13 May at 19:00.

As they gear up for their sold-out show at the O2 Academy Brixton on Saturday 14 May, Major League DJz have also shared an amapiano to afrohouse exclusive mix on BBC 1Xtra.

Listen to the mix here.

Taking to Instagram on 6 May, Major League DJz described their show at the O2 Academy Brixton as “a career-defining moment”.

“Taking piano to the world was just a dream. Immersing this sound to audiences across the globe has been a humbling experience.”

“To all the amapiano artists working day and night to put this sound out to the world, let this moment in our career spark a fire in you that makes you work even harder to realise your own dreams.”

Looming chicken SHORTAGE in SA due to LOAD SHEDDING