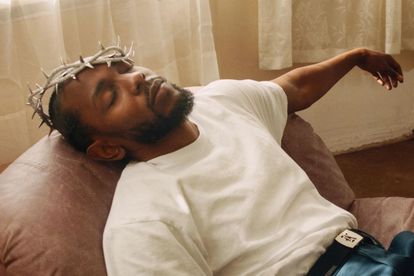 Grammy award-winning rapper Kendrick Lamar leads this week’s New Music Friday list with his new album, Mr Morale & The Big Steppers. The album comes five years after Lamar’s last album release and fans have been sitting on the edge of their seats waiting for this 18-track release.

THE CHAINSMOKERS – ‘SO FAR SO GOOD’

Next on our New Music Friday list is the American electro-pop duo The Chainsmokers who are back with their fourth studio album, So Far So Good. The musicians teased their fans with two single releases before releasing their 13-track album.

LISTEN TO ‘I LOVE U’ HERE

ALSO READ: Afro Nation: What you need to know about the Afrobeats Music Festival

American rapper and singer-songwriter Post Malone teamed up with Roddy Rich for his new single Cooped Up. Will the track be featured on Malone’s upcoming album twelve carat toothache on 3 June?

LISTEN TO ‘COOPED UP’ HERE

Burna Boy’s Last Last is a standout on our New Music Friday list.

One Life is James Bay’s second single from his upcoming album, Leap. He told NME that the song is a tribute to his long-time girlfriend Lucy Smith.

“Lucky and I first got together at 16 and have been together ever since. She’s supported since day one. From ope mic nights, right through to my biggest show,” said Bay.

LISTEN TO ‘ONE LIFE’ HERE

MY CHEMICAL ROMANCE – ‘THE FOUNDATIONS OF DECAY’

Rounding off our New Music Friday list is American rock band My Chemical Romance who have released their first single in more than a decade. Their single, The Foundations of Decay has already received rave reviews from music critics.

The Foundations of Decay is a standout release on our New Music Friday list.

LISTEN TO ‘THE FOUNDATIONS OF DECAY’ HERE