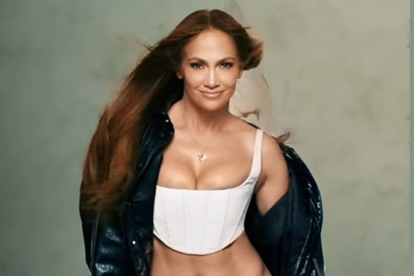 J.Lo will be releasing her first album in nine years in 2023. Image: Instagram @jlo

J.Lo will be releasing her first album in nine years in 2023. Image: Instagram @jlo

Fans of J.Lo have reason to be on Cloud 9…. just like Bennifer

The sultry 53-year-old singer recently revealed that she will be releasing a brand new album in 2023. At the same time, she took fans on a walk down memory lane to show them how she has evolved over the past 20 years.

J.LO: THEN VS NOW

J.Lo took to social media, where she shared the news of her brand new album titled This is Me… Now due for release in 2023. In a special video, fans get a glimpse into how much she’s changed since the release of her 2002 album This is Me… Then. And boy, has she changed.

Jennifer first appears innocent and fresh-faced in a pink baby doll dress and matching beany in a recreation of the cover of her 2022 album This is Me… Then before transforming into the hot and sexy diva we know today. She can be seen in a white corset, leather jacket and low slung pants and the melody from her title track can be heard in the background.

Fans were quick to take note of the number 7 track on the album, titled Dear Ben Pt. II. The couple were dating at the time of her 2002 album release, and has since — 20 years later — rekindled their romance and tied the knot.

According to Hollywoodlife.com, the album marks a creative turning point for Mrs Ben Affleck.

This Is Me… Now “chronicles the emotional, spiritual and psychological journey that she has taken over the past two decades,” a press release about the new album states.

NBCNews describes the album as a “new era” for Lopez and reports it will include “confessional songs, reflections on the trials of her past, upbeat celebrations of love while sharing some of her most vulnerable truths.”

“An emotionally raw and honest project, unlike any she has produced before, she writes and sings about her life and experiences that will resonate with us all,” a press release stated, possibly hinting at more personal projects to come.

In an interview with AppleMusic, J.Lo shares more about the album and the reason for its release.