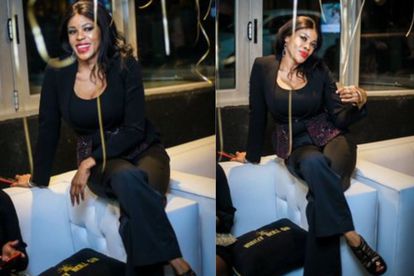 The former Rhythm City actress Keabetswe “KB” Motsilanyane, who plays Lesedi Moloi in 7de Laan says she’s thrilled to be back as she’s celebrating 20 years in the music industry.

KB MOTSILENYANE: ‘IT FEELS GOOD TO BE BACK

The actress and afro-soul musician Keabetswe “KB” Motsilanyane tells Sunday World that she’s returned to music to reclaim her space in the South African music industry.

Her 20-year celebration forms part of the 15th annual Mzansi Fela Festival at the South African State Theatre in Tshwane on 4 December.

The actress-singer says she took a gap to figure out how she would embark on her second journey in the industry.

“Coming back, I find the [music] has evolved and there is a bigger market share for all of us to create entertainment concepts our audiences will enjoy. It feels good to be back, and I’m looking forward to celebrating with you.”

Motsilanyane, who’s known for her TV acting roles in Backstage, 7de Laan, and Rhythm City adds that she continued writing music during her recess because she regards herself as an entertainer.

“There is a new album in the pipeline. I have maintained the KB Mamosadi formula, which has Afro-Latin influence and R&B but also allowed the fresh mind to contribute creatively to new the project.”

“I believe our listeners, the lovers of our music, have become more open-minded and receptive to concepts that were tricky to sell previously.”

“It empowers artists, providing them with a platform and freedom for vast creative expression,” she says.

The actress-singer will share the stage with Zonke, Tumi Mogorosi, Mbuso Khoza, and Zakhele Mabena, among many others at the 15th annual Mzansi Fela Festival at the South African State Theatre in Tshwane in December.