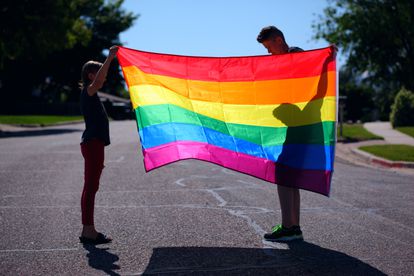 The US House of Representatives voted to protect same-sex and interracial marriages following a debate held in the House on Tuesday morning, according to the ABC News reports.

The bill comes after concern that the US Supreme Court’s ruling to overturn Roe v Wade could set a precedent to strip other marginalised groups of their rights.

The bill passed with a majority from the Democratic party with some Republicans displaying their support. However, many Republicans argued that the Supreme Court’s abortion ruling did not threaten same-sex or interracial marriage in any way.

US House of Representatives get personal

With the subject of the debate relating to such sensitive topics, the debate felt very personal. Many members of the House shared anecdotes about their own experiences as queer people. Democratic Representative Modaire Jones, who is an openly gay member of the House, was quoted by ABC News saying:

“Imagine telling the next generation of Americans, my generation, we no longer have the right to marry,”

All House members were forced to make their vote public, with 157 Republicans voting against the bill. Many believe this was a political strategy to discourage members from making unpopular views public.

Interestingly, all of the Republicans who spoke during the debate did not explicitly address same-sex or interracial marriage. Instead, they skirted around the topic and focused on defending the Supreme Court’s abortion decision.

The bill comes at a time when the polls show that a majority of Americans favour the protection of same-sex marriage. One poll, done by Gallup, shows 70% of US adults believe that same-sex unions should be codified through law.

Gallup also reports that interracial marriage has a 94% approval rate. This is why it is important that the US House of Representatives voted to protect these rights.

Additionally, the bill repeals a Clinton era law in which marriage is defined between a man and a woman. Ensuring that the rights of marginalised groups are protected is a main priority for Democrats at the moment.

The next step will be taking this to the Senate, which some worry Republicans will use as an opportunity to block the bill. Debates such as Tuesday morning’s are likely to continue in the future.