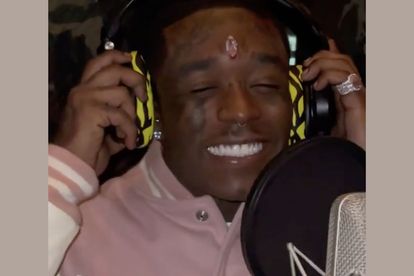 Lil Uzi Vert has changed his pronouns to They/Them. Image via Twitter @AwestruckVox

Lil Uzi Vert has changed his pronouns to They/Them. Image via Twitter @AwestruckVox

American rapper Lil Uzi Vert has always been a firm supporter of the LGBTQI+ community with his unique outfits but tweeps always speculated about the Neon Guts hitmaker’s sexuality. On Sunday 17 July, fans noticed that the rapper’s pronouns on Instagram changed to They/Them. In the LGBTQI+ community, They/Them pronouns refer to someone who identifies as gender non-conforming or non-binary.

In 2019, the rapper was accused of transphobia after fans pointed out the lyrics to their track, That’s a Rack.

According to XXL, in May 2021, Instagram introduced a feature that allows users to change their pronouns to however they identify themselves.

Lil Uzi Vert surprised fans by changing their pronouns on Instagram to They/Them. This comes after the 26-year-old released Space Cadet on Soundcloud on 16 July.

TAKE A LOOK AT THE RAPPER’S INSTAGRAM BIO HERE

Reacting to Lil Uzi Vert changing their pronouns, the LGBTQI+ community took the time to congratulate them while others recalled their transphobic lyrics.

“Lil Uzi Vert coming out as non-binary was the most iconic thing to do, degrading every single one of [their] homophobic fans,” wrote one tweep.

“We will be supportive,” wrote another tweep.

“I surely hope the comments are respectful towards Lil Uzi’s decision to become non-binary.”

The rapper’s single That’s a Rack caused controversy in 2019 with its transphobic lyrics.