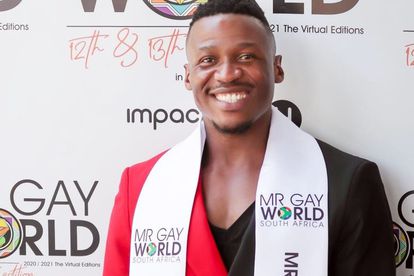 In November 2021, Bonginkosi “Bongs” Ndima became the first black man to hold the Mr Gay World South Africa title. After a short reign, Ndima has resigned and has made shocking claims about the organisation.

In his statement, Bongs Ndima claims that Mr Gay World South Africa has “always strategically” placed black men as second or third “just to insult” them.

“Even when the news came in of Louw Breytenbach winning the Mr Gay World title, which meant automatically I had to step in as the South African titleholder, they were not so happy to pass the title to me,” says Ndima.

“The organisation didn’t even want me to have a formal ceremony to announce such. Even the so much promised media coverage around the announcement which the organisation said they’ll do, never happened, I had to do my media content using people I know in the industry.”

Ndima further claims that the Mr Gay World South Africa organisation has not given him a contract or prizes. “All I keep getting is empty promises and delayed responses,” he said.

“Even coming to Johannesburg for my inauguration, I paid my way, flights and accommodation. All they assisted with was R400 which they said was to cover for my meals.”

“Louw Breytenbach is my witness in all of this as he was sent the money and also assisted me in crashing at his place for the first night.”

Mr Gay World South Africa has responded to Bongs Ndima’s claims noting that they are committed to an inclusive and non-discriminatory country. The organisaion added that it “rejects any malicious and unsubstantiated suggestions to the contrary”.

“The Mr Gay World South Africa organisation wishes Mr Ndima well on his personal and professional endeavours and we wish him nothing but love, happiness, prosperity and success in all his future undertakings.”