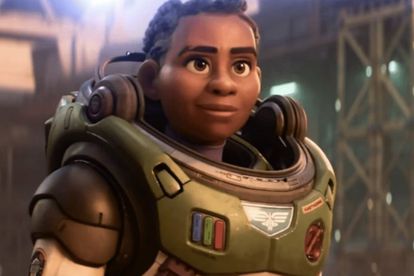 Earlier this month, LGBTQI+ employees at Pixar Animation Studios, a subsidary of Disney, claimed the entertainment company has tried to censor “nearly every moment of overtly gay affection” in its films. One particular film that was put into the spotlight was Lightyear starring Chris Evans.

According to Variety, Pixar has reinstated a same-sex kiss in the film after it was reportedly “cut” from the film.

On Wednesday 9 March, LGBTQI+ employees at Pixar alleged that they had seen “beautiful stories full of diverse characters” come back from Disney corporate reviews “shaved down to crumbs of what they once were”.

“Even if creating LGBTQIA+ content was the answer to fixing the discriminatory legislation in the world, we are barred from creating it,” stated a portion of the letter published by Variety.

“Beyond the ‘inspiring content’ that we aren’t even allowed to create, we require action.”

The letter also addresses the controversial “Don’t Say Gay” bill and made mention of events from a shareholders meeting that took place on Wednesday 9 March.

“Disney did not take a hard stance in support of the LGBTQIA+ community, they instead attempted to placate ‘both sides’ – and did not condemn hateful messages shared during the question and answer portion of the meeting”.

“This is not what it means to ‘unequivocally stand in support of our LGBTQ+ employees, their families and their communities.'”

Variety reported that a kiss between Uzo Aduba’s character Hawthorne and another female character has been reinstated after it was pulled from the film.

The film is set to be released on 17 June.

LGBTQI+ employees at Disney will be staging a walkout on Tuesday 22 March in response to the company’s views towards the “Don’t Say Gay” bill.

“The recent statements and lack of action by the Walt Disney Company leadership regarding the ‘Don’t Say Gay’ bill has utterly failed to match the magnitude of the threat to LGBTQIA+ safety represented by this legislation,” says the protest website as per ABC.