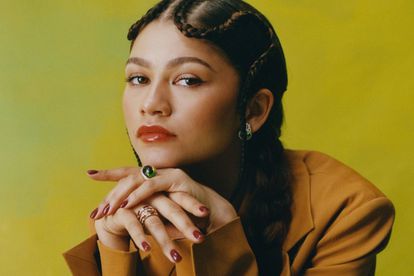 Zendaya’s Outstanding Drama Series Emmy nomination for ‘Euphoria’ makes her the youngest producer ever nominated in the category. Image via Twitter @FilmUpdates

Zendaya’s Outstanding Drama Series Emmy nomination for ‘Euphoria’ makes her the youngest producer ever nominated in the category. Image via Twitter @FilmUpdates

The nominations for the 2022 Emmy Awards were announced on Tuesday 12 July with HBO Max’s dark comedy series, Succession, leading the way with 25 nods. Following closely behind is the comedy-drama series, Ted Lasso, with 20 nominations.

American actress Zendaya made history with her four Emmy nominations for her role in HBO’s hit series, Euphoria. After landing a nomination in the Outstanding Drama Series category, the 25-year-old is now the youngest producer nominated for an Emmy.

Zendaya is also nominated in the Outstanding Original Music and Lyrics category for the tracks on the Euphoria soundtrack, I’m Tired featuring Labrinth and Elliot’s Song featuring Sam Levinson and Labrinth.

Her nomination for Outstanding Drama Series makes her the youngest producer to ever be nominated in the category.

Taking to Twitter, fans congratulated Zendaya on the exceptional achievement with others hoping she bags a few more Emmy wins this year.

“The next time we’ll see Zendaya this much on Twitter is when she wins another Emmy,” wrote one tweep.

“I need Zendaya to be Emmy-nominated for the rest of her life, even if she stops acting. She is just so powerful,” wrote another tweep.

ALSO READ: ‘Euphoria’: Zendaya is back in the most anticipated returning show of 2022

Zendaya is not the only Euphoria star to score Emmy nominations. Sydney Sweeney, who plays Cassie Howard, received her first-ever Emmy nods.

Breaking the news to her mom over the phone, Sweeney could not contain her tears.