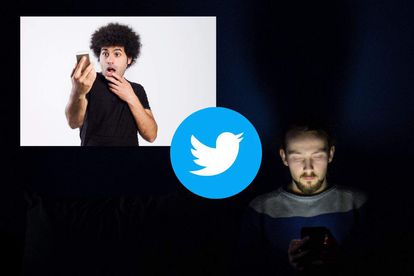 Nobody can question the amount of power that social media has and Twitter is one of the biggest — on day or night shift.

It’s hardly surprising as since we cannot really go out to have fun freely many have turned social media into our playground in one way or another.

As another way to deal with the lockdown boredom, Twitter users have come up with a pranking session called Night Shift Twitter. This happens around midnight and confuses Day Shift Twitter, the users who use the app during the day.

Did you ever go to bed and woke up to see #CongratulationsBonang or #AKAJoinsAmbitiouz or #KhanyiMbauGetsEngaged or even #KhuneSignsForPirates trending on Twitter?

That must have had you raising your eyebrows, hey?

But just as you went on to read the tweets, what was more surprising to you was that neither Bonang, AKA nor Khanyi knew what was going on either? Well, that is because the news is actually no news at all, it was just the Night Shift Twitter at work.

Popular Twitter accounts like @SciTheComedist and @Cellular who have a large following will issue a “statement” which entails the plans and intended target for the night.

They come together and create an erratic, incorrect hashtag, for example, #AKAJoinsAmbitious. And, as loyal “employees”, Twitter users will jump in to make the hashtag go viral. They will tweet, retweet and comment using the hashtag for the night, adding some spice here.

They make an almost believable story trend and then their mission is complete and they can call it a night.

To be fair though, they didn’t say that Supa Mega joined the infamous Ambitiouz Records because the spelling of “Ambitious” is not the same.

The trending Ambitious had a “s” instead of the “z”. Hello! But the comments were quite amusing, considering Ambitiouz’ record with their artists, and AKA’s past contracts.

Here comes the funny part, when the Twitter birdie starts chirping in the morning, signalling a new day. Users climb on the app to check the morning news and see the trending hashtag.

They quickly rush to the person in question’s page to verify the news but alas … they are just as confused!

It soon becomes apparent that the news is fake news, driven for the sole purpose to entertain.

All is well that ends well

The victims of the night shift gang, initially confused by the news, ignore the news and keep it moving as no harm was done.

Well, you know what they say. Midnight conversations are always the best (wink)!